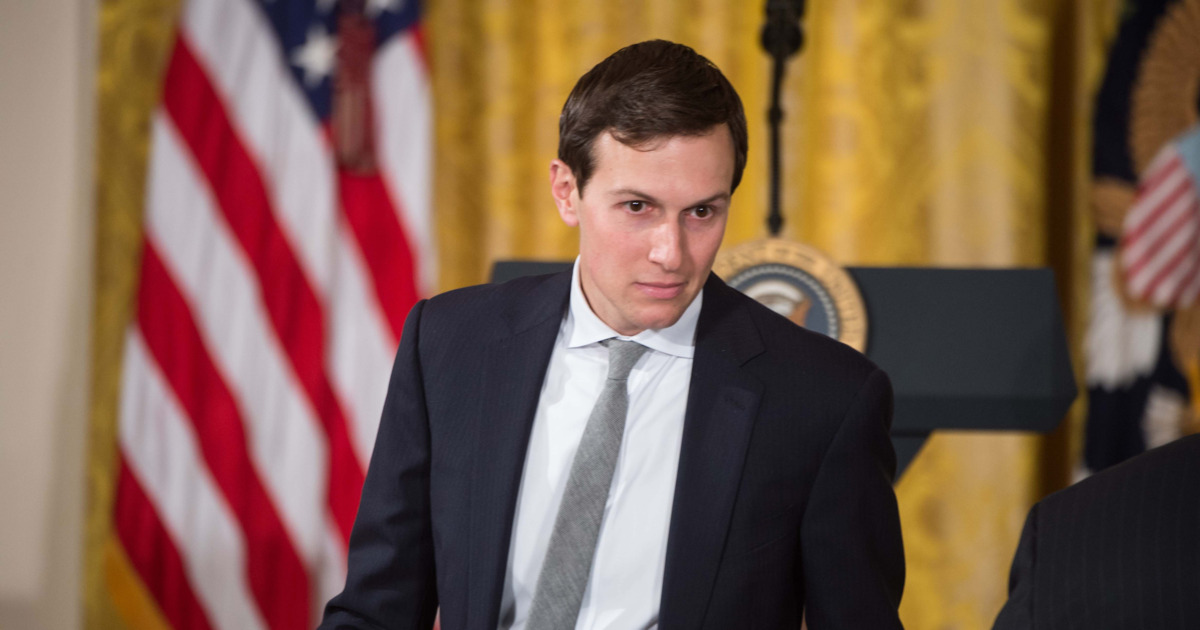 The trip marks the White House’s first major follow up to Mr. Trump’s trip to the region last month and suggests Mr. Kushner’s policy portfolio is far from shrinking despite scrutiny by federal investigators into his meetings with Russian officials.

Mr. Kushner plans to meet with Israeli Prime Minister Benjamin Netanyahu in Jerusalem and travel to Ramallah to meet with Palestinian leader Mahmoud Abbas to discuss “their priorities and potential next steps” in the peace process, the White House official said.

He is scheduled to arrive in Israel on Wednesday. Jason Greenblatt, Mr. Trump’s top representative on Israeli-Palestinian negotiations, plans to arrive in the region two days earlier.

The White House official stressed that no major breakthroughs are expected during the trip and said there is no expectation for three-party talks at this time.

“It’s important to remember that forging a historic peace agreement will take time, and to the extent that there is progress, there are likely to be many visits by both Mr. Kushner and Mr. Greenblatt, sometimes together and sometimes separately, to the region,” the official said, “and possibly many trips by Israeli and Palestinian negotiators to Washington, D.C., or other locations as they pursue substantive talks.”

White House officials have pointed to an Israeli-Palestinian peace agreement as a priority for Mr. Trump.

The White House official said, “The president has asked some of his most trusted advisers to spearhead the peace effort.”
Newsletter Sign-up

Mr. Kushner was a chief architect of Mr. Trump’s visit to Jerusalem and Bethlehem on May 22-23 and his earlier stop in Saudi Arabia for meetings with Gulf State leaders.

Just days after the visit, Mr. Kushner’s White House role was questioned after revelations that his meetings with Russian officials had become part of the Federal Bureau of Investigation’s probe into Russian meddling in the 2016 presidential election and possible collusion between Moscow and Trump campaign officials.

Mr. Kushner has an expansive policy portfolio that includes overseeing not only Israeli-Palestinian peace efforts but also U.S.-China relations, and other domestic and foreign policy issues.

Mr. Kushner has been coordinating the policy with the national security adviser, H.R. McMaster, and Secretary of State Rex Tillerson.