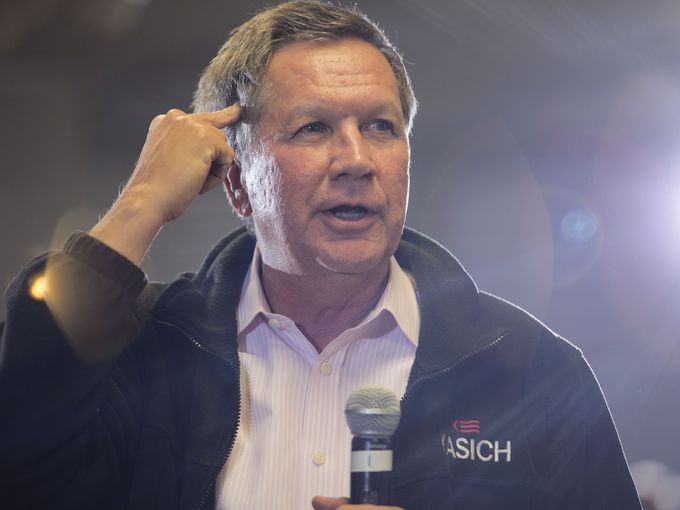 Trump won Ohio by winning over blue-collar voters who cannot stand the types of bipartisan political elites and globalists who love “No Labels”-type candidates like Kasich who appeal to the 3.8%.

Kasich also said it should take Congress “like six hours” to pass a legislative fix to protect DACA recipients and added that Trump has created a “crisis for people who are now living on the edge of their seats saying, ‘What am I supposed to do?’” He added that DACA recipients should have “permanent resident status and they ought to stay and be able to contribute.”

Chicago Mayor Rahm Emanuel on Tuesday also told DACA recipients that they would have nothing to worry about in his city, even declaring Chicago’s schools a “Trump-free” zone.