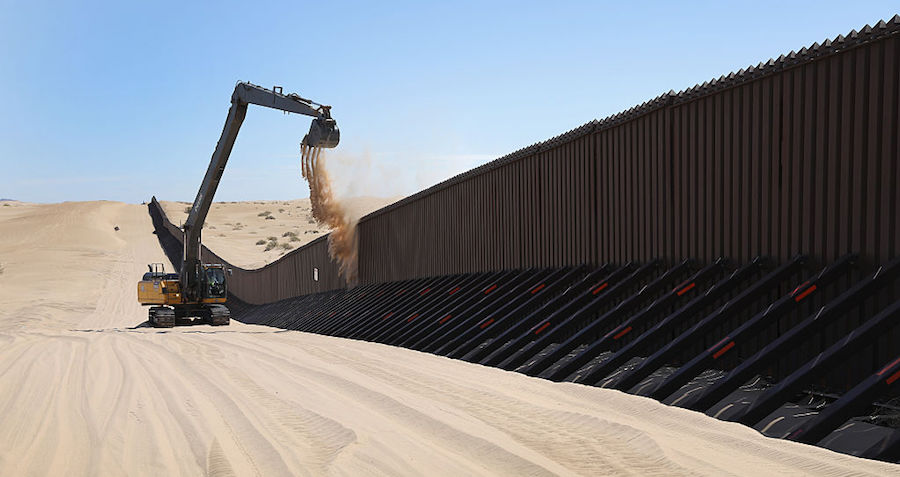 Los Angeles lawmakers want to know whether any city contractors are helping to build a wall along the border with Mexico, and they are searching for a legal means of retaliating.

The City Council voted Tuesday to draft a law mandating companies doing business with the city to inform authorities about any contracts associated with the construction of a border wall, the Los Angeles Times reports.

Councilman Gil Cedillo said that anyone considering “dividing” the city from Mexico should be known before Los Angeles enters into contracts with them.

“We want to know if there are people who do business with the city of Los Angeles … who wish to profit from building a wall that would divide us from our nearest and dearest neighbor Mexico,” Cedillo said.

Cedillo considers the wall racist and xenophobic, calling it “repugnant.” He cited the fact that immigrants live in Los Angeles as evidence that a border wall would be divisive and disruptive.

“Immigrants are the foundation, here in Los Angeles, of our economy,” Cedillo said. “They are tightly woven into the social fabric of this city. And you cannot separate them or divide their families here in this city without disrupting the character of this city.”

Cedillo and others are also trying to ascertain whether they can take steps to ban such firms or disadvantage them in bids for city jobs.

“We’re looking for guidance on what, legally, we’re allowed to do,” Cedillo spokesman Fredy Ceja said.

“I do think that it’s important for us on this council to send a message as to … what our values are and the type of people that we want to do business with,” Council President Herb Wesson said.

California State Sen. Ricardo Lara (D.) is exploring ways for the state to clamp down on companies providing anything to the building of a border wall. Saying that the wall is intended “to spread hatred and division,” Lara will push a bill this fall to stop California from giving contracts to any companies helping with a border wall.

“I don’t want to look back in 10 years and say Californians didn’t do everything we could to block the wall,” Lara wrote in a statement.

But others do not agree with such aggressive positions on the issue.

“Whatever your politics are on the border wall, punishing local workers is not the right way to go about expressing your opinion,” said Brian Turmail, spokesman for the Associated General Contractors of America. “It opens up a Pandora’s box for other municipalities to start discriminating against firms that do work they find politically unpalatable.”

Los Angeles Area Chamber of Commerce CEO Gary Toebben also told the Los Angeles Times that it would be bad to set such a precedent.

“There is no end to the number of legal, business, or personal relationships that contractors could potentially be asked about or judged on that have nothing to do with the quality of their work,” Toebben said.

The City Council has already passed resolutions that address Trump, including one asking Congress to look into impeaching him.