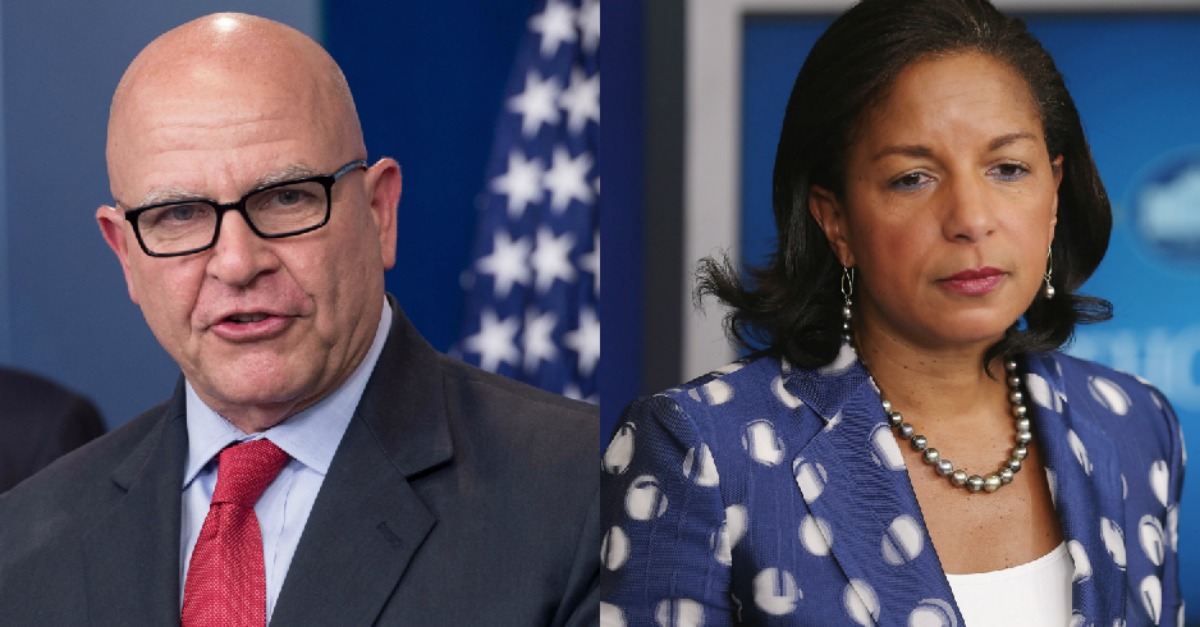 Sara Carter of Circa News reported National Security Advisor H.R. McMaster granted top Obama official Susan Rice top-secret security clearance. The letter, in which McMaster notified Rice that such powers were granted to her, can be seen below.

Almost one month after it was disclosed that former President Obama’s National Security Adviser Susan Rice was unmasking members of President Trump’s team and other Americans, Trump’s own national security adviser, H.R. McMaster, sent an official letter giving her unfettered and continuing access to classified information and waiving her “need-to-know” requirement on anything she viewed or received during her tenure, Circa has confirmed.

The undated and unclassified letter from McMaster was sent in the mail to Rice’s home during the last week of April. Trump was not aware of the letter or McMaster’s decision, according to two Senior West Wing officials and an intelligence official, who spoke to Circa on condition that they not be named. 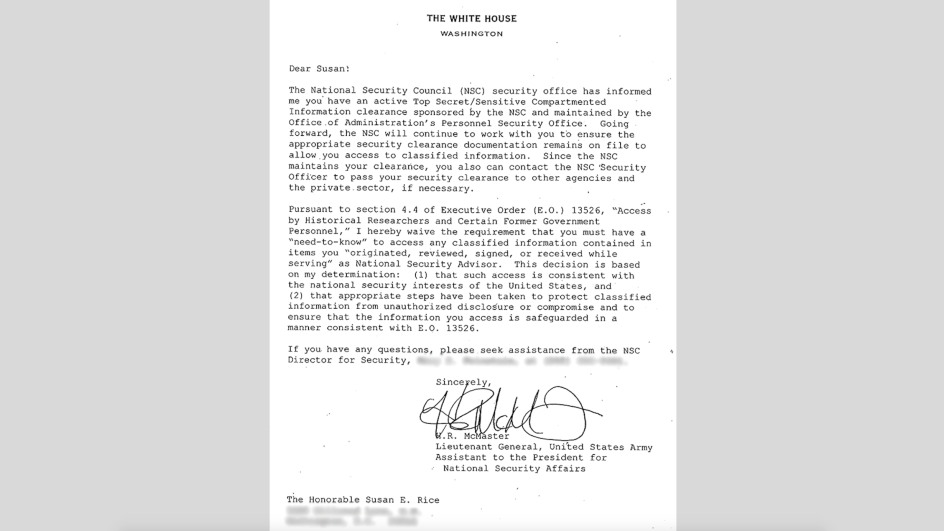 This is the letter from McMaster to Rice. Names, phone numbers and personal addresses have been blurred.

“I hereby waive the requirement that you must have a ‘need-to-know’ to access any classified information contained in items you ‘originated, reviewed, signed or received while serving,’ as National Security Adviser,” the letter said. The letter also states that the “NSC will continue to work with you to ensure the appropriate security clearance documentation remains on file to allow you access to classified information.”

Circa revealed in March that during President Obama’s tenure, top aides — including Rice, former CIA Director John Brennan and former Attorney General Loretta Lynch — routinely reviewed intelligence reports received from the National Security Agency’s incidental intercepts of Americans abroad. They were doing so by taking advantage of rules Obama relaxedstarting in 2011 to help the government better fight terrorism, espionage by foreign enemies and hacking threats, according to documents obtained by Circa.

That assertion is at odds with Trump’s thinking, as he repeatedly raised the Rice story during speeches and media interviews.

“I think the Susan Rice thing is a massive story,” Trump said in an interview with the New York Times, suggesting that it was possible that she may have committed a crime.

On April 12, Trump used the story to defend his accusations that the Obama administration was spying and leaking on his transition team in an interview with Fox Business host Maria Bartiromo.

“When you look at Susan Rice and what’s going on and so many people are coming up to me and apologizing now,” Trump said.

“They say, ‘You know, youwere right when you said that.’”
When Bartiromo told Trump that Rice denied doing anything political, he dismissed it.