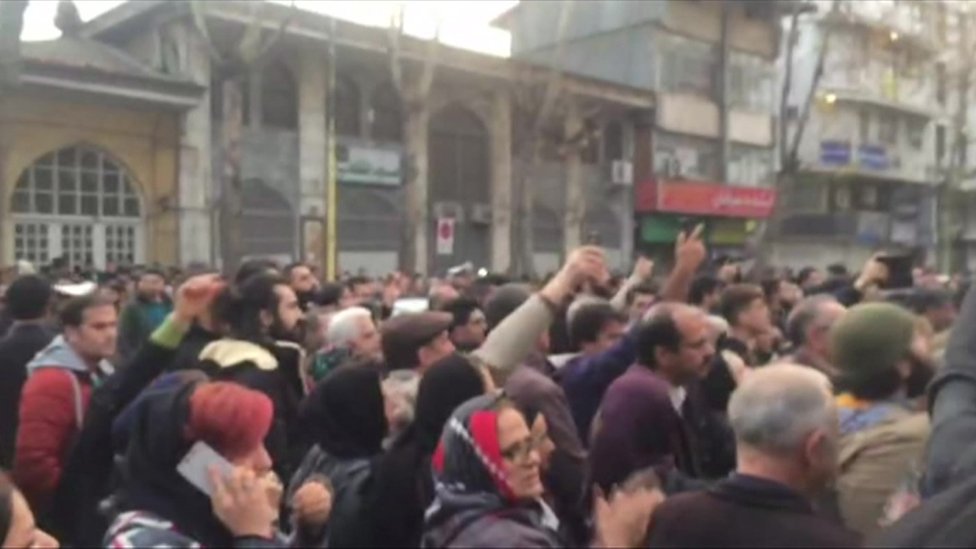 The Iranian regime is panicked as democratic protests continue to spread across the country.

In a sign of desperation Iranian Guard Members drove into a protest crowd and began blaring “Allahu Akbar!” over their loud speakers.

Islamic Revolutionary Guard infiltrates a crowd of protesters and chant "Allahu Akbar" via loudspeakers to drown out chants made by the protesters. The protesters surround the van and shout "shameful, shameful."
One man yells: "shut it down." #IranProtests pic.twitter.com/owBCi2qcMt