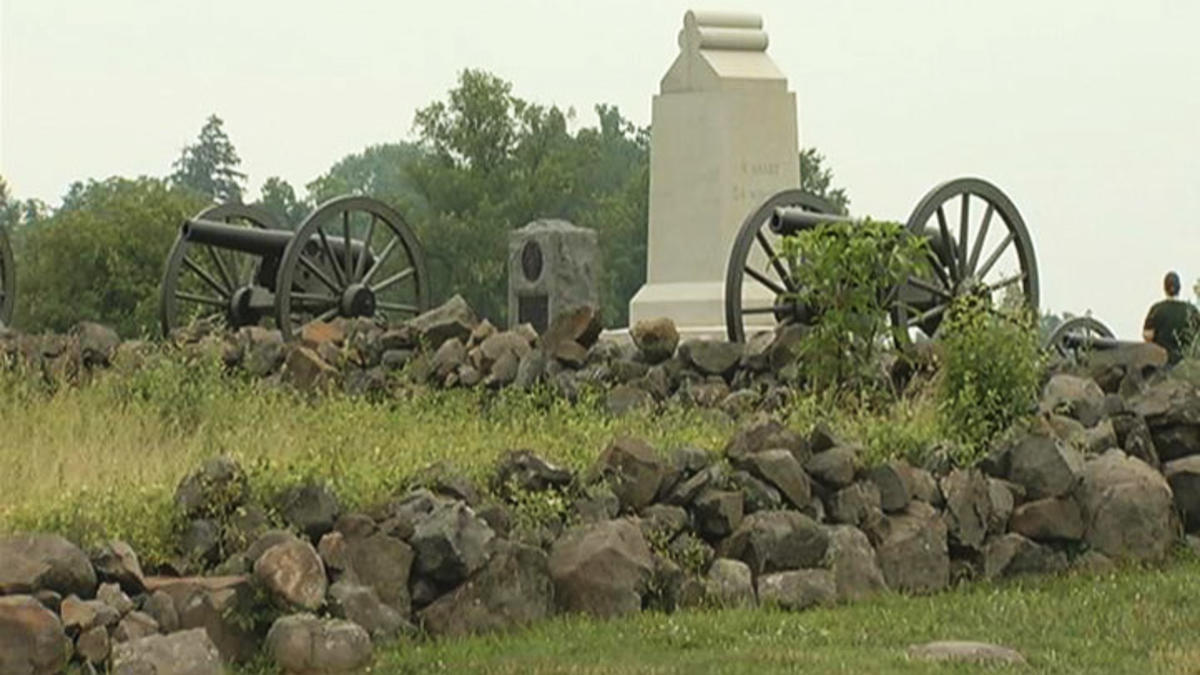 During the first days of July, 154 years ago, a great battle was fought in and around Gettysburg, Pennsylvania, during our Civil War.

Today, as the anniversary approaches, members of the so-called “Antifa” movement are promising to “desecrate” the graves of those who fell in that fight and to mount protests as Americans gather to memorialize the battle.

Gettysburg has become a great attraction for Americans, many of whom troop there annually to celebrate the anniversary of the Battle of Gettysburg, a conflagration that is often termed the “high tide” of the civil war for turning the war in favor of the federal armies vying to end slavery and save the union.

But as the 154th-anniversary celebration gears up for the coming month, leftists are making plans for a battle of their own. Only they plan to fight against the country, to “desecrate” history, and to disrupt the thousands of Americans and foreign visitors who intend to honor our past.

Gettysburg town officials, as well as the federal battlefield park officials, have acknowledged warnings that several protest groups are targeting the annual celebration this year, according to Philly.com.

Several legitimate and long-existing groups have attained permits to gather, including the Sons of Confederate Veterans. But others are planning protests without attaining permits, the paper reports.

According to Harrisbirg 100, at least one “Antifa” group began informing supporters that they intended to burn Confederate and American flags in the town. The site cited an EventBu page advertising the protest. The event listing, though, was soon deleted.

A civil war enthusiast page also found two Facebook pages advertising protests to be held at Gettysburg. After being discovered, though, those pages were also quickly deleted.

One of the warnings read:

There is an event set up on Facebook that calls for the desecration of Confederate cemeteries on Confederate Memorial Day. Specifically, on Saturday, May 13, 3-6 PM, this group intends to target Old Marietta Confederate Cemetery. They intend to burn CBFs and/or urinate on graves. They also have an event scheduled for July 1, 3-6 PM, at Gettysburg National Memorial Park Cemetery… The group urges their followers to “find their local Confederate graves” to desecrate.

Park officials say that while they are all for our First Amendment rights, they are prepared for disruptions.

“Our goal is to ensure that public safety and visitor safety is number one and that park resources are preserved,” said Katie Lawhon, a spokeswoman for Gettysburg National Military Park.

Gettysburg remains the largest battle ever held on American soil with more than 160,000 troops fighting over a three-day period that resulted in up to 51,000 casualties. It is also one of America’s first battlefield parks and contains some 1,328 monuments, markers, and memorials in both the cemetery and on the battlefield to commemorate the Union and Confederate troops who fought and died there.

Gettysburg is also being targeted by liberal groups that have been on a crusade to eliminate any vestige of the Confederacy from American history. Liberals have already successfully whitewashed history by removing Confederate memorials in New Orleans, and St. Louis, and they are beginning the same process in Charlottesville, Virginia.

Should members of the “Antifa” movement carry out their plan to desecrate the graves of soldiers who fell at Gettysburg, they will join the Taliban, ISIS, and Turkish Islamists who have launched a campaign to destroy historic sites and desecrate graves of their enemies.

Islamists have desecrated graves in Pakistan, damaged the Tomb of Joseph in Palestinian controlled Nablus, destroyed a monument to the sacrifices made by troops of the Australian and New Zealand Army Corps at Gallipoli, Turkey during the First World War, dynamited the Bymian statues in Afghanistan, and laid waste to the ancient cities of Hatra and Nimrud in Iraq.