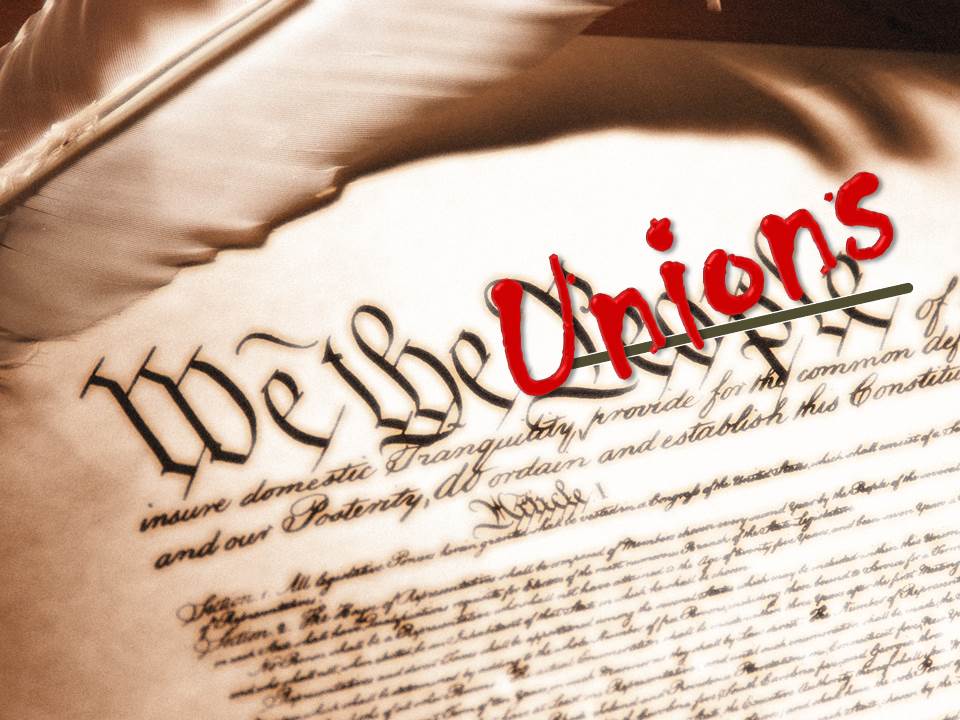 Liberal groups and election campaigns cashed in on about $765 million from union members’ paychecks, according to a new report.

Unions nationwide shipped more than $100 million each year to liberal advocacy groups and political groups backing Democratic candidates between 2012 and 2016, according to labor watchdog group Center for Union Facts. Many of these groups are overtly political with more than $300 million spent supporting campaigns and ballot initiatives.

The AFL-CIO-backed Working America was the largest beneficiary of union resources, collecting more than $50 million from national, state, and local unions. Some of the campaigns were focused on advancing labor and Democratic interests at the state level, such as Working Families for Connecticut, the Lone Star Project, and Raise Wisconsin, while others were national organizations, such as Planned Parenthood, the Center for American Progress, and Catalist, a tool used to help drive get-out-the-vote efforts for liberal candidates.

Money was not limited to campaigns; more than $6.6 million in union membership dues was sent to liberal media outlets, including the Nation Institute, American Prospect, and a production company owned by former MSNBC host Ed Schultz.

The flood of money into these liberal organizations did not prevent union members or their family members from defecting and voting against union-backed candidates. Exit polls found that 42 percent of union households voted for President Donald Trump despite the fact that he received endorsements from just three police and border patrol unions. His support among the white working class and union members was crucial in helping him flip traditional Democratic strongholds former Secretary of State Hillary Clinton was expected to win: Wisconsin, Pennsylvania, and Michigan.

Center for Union Facts spokesman Luka Ladan said the expenditures and endorsements demonstrate the disconnect between rank and file union members and their leaders.

“It’s unfortunate to see Big Labor become the personal ATM of the Democratic Party when so many union members vote Republican,” he said. “Union elites spent millions of dollars on anti-Trump advocacy. There is a clear and troubling disconnect between union leadership and union membership.”

Some union leaders have drawn similar conclusions after reviewing their members’ voting habits in 2016. Pennsylvania AFL-CIO President Rick Bloomingdale held a statewide listening tour to speak to members about the election and his union’s approach to politics. Bloomingdale concluded that his union “may have gotten too close to one party,” causing a split between his members who embraced Trump’s positions on free trade, outsourcing, and immigration.

“We should be for people who are for us, regardless of party label,” Bloomingdale said in July. “I think we were speaking too much at them, rather than having conversations with them.”

The Center for Union Facts, which drew on federal labor and campaign filings to estimate the extent of spending, wants to see federal reforms to allow union members to more easily avoid overt political contributions. Workers in union bargaining units have the option to opt out of full dues payments and contribute “agency fees” that cover representational activities without financing political spending.

CUF wants the Congress to pass the Employee Rights Act (ERA), which would reverse the status quo and force labor groups to obtain affirmative consent for political activities.

“The Employee Rights Act would hold union elites accountable by requiring them to obtain opt-in permission from their members before spending dues money on left-wing political advocacy,” Laden said.

House Republicans introduced the ERA in the House in May with the Senate following suit on September 9. Rep. Phil Roe (R., Tenn.), who introduced the ERA in the House, told the Washington Free Beacon the imbalance between the union’s political interests and that of its members demonstrates the need for reforms. He said workers should be given a better option for ensuring that their voices are heard by union leadership.

“This staggering report underscores the need to ensure the views of all employees, not just the views supported by union dollars, are considered and respected,” he said. “The Employee Rights Act is a commonsense measure which ensures transparency and fairness in the workplace.”

Previous incarnations of the bill have failed to pass through committee even with Republican control. A coalition of 50 conservative organizations led by pro-market group Americans for Prosperity sent a letter to lawmakers on Tuesday, pointing to the political implications, as well as reforms that would force unions to recertify through secret ballot elections among current members, rather than simply retain collective bargaining units that voted to join in past decades.

“No one should be forced to fund causes they don’t believe in, and this bill would guarantee that protection by requiring unions to receive ‘opt-in’ permission before spending dues on political advocacy,” the letter says.

The bill is now being debated in the House Education and Workforce Committee and the Senate Committee on Health, Education, Labor, and Employment.