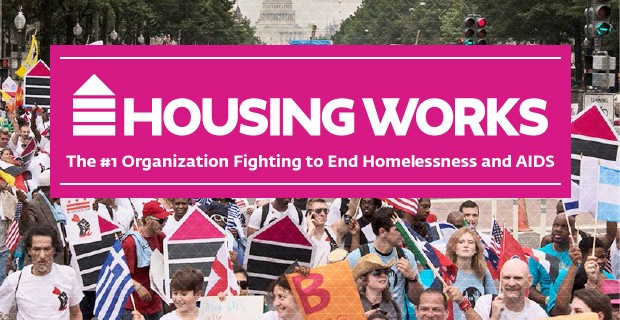 Organizers with the left-leaning group Housing Works told protesters they must “risk arrest” in order to be reimbursed for airfare to Washington, D.C., according to an internal email obtained by The Daily Caller News Foundation.

“We will transport, house and feed you, and deal with all legal support. Caveat: if you are far away from DC and expensive to transport, we can probably only fly you if you can risk arrest,” the internal email told supporters.

The group organized a large protest on Capitol Hill against the Republican-led Tax Reform measure in the Senate Tuesday, and will return Thursday, Dec. 5 to ensure that the measure doesn’t pass the upper chamber of  Congress.

“The Rs voted and fled the room, but were snagged by reporters in the hallway, surrounded by bird-doggers, and shamed for their disgraceful votes,” the group said about the protests.

Housing Works is based out of New York City, and aims to further the health of the LGBTQ community, according to the group’s website.

“Housing Works fights for funding and legislation to ensure that all people living with HIV/AIDS  have access to quality housing, healthcare, HIV prevention, and treatment, among other lifesaving services,” the group asserts.

Since the organizers are based in New York, officials were forced to organize nearly every aspect of the protester’s lives during their stay in D.C. The protesters will be housed in a local church’s basement and will be provided sleeping bags, as well as free meals and a place to shower in the morning, according to the group’s email.

Organizers on either side of the aisle sometimes attempt to coordinate logistics for their teams, but the requirement that an individual need to risk arrest in the District in order to qualify for aid is unique, especially given the fact that hundreds of protesters are facing decades of prison time for violently protesting President Donald Trump’s inauguration.

The email also answers a question that the president raised in April when protesters organized nationwide to demand Trump provide his full tax returns.

“I did what was an almost an impossible thing to do for a Republican-easily won the Electoral College! Now Tax Returns are brought up again?” the president tweeted in April. “Someone should look into who paid for the small organized rallies yesterday. The election is over!”