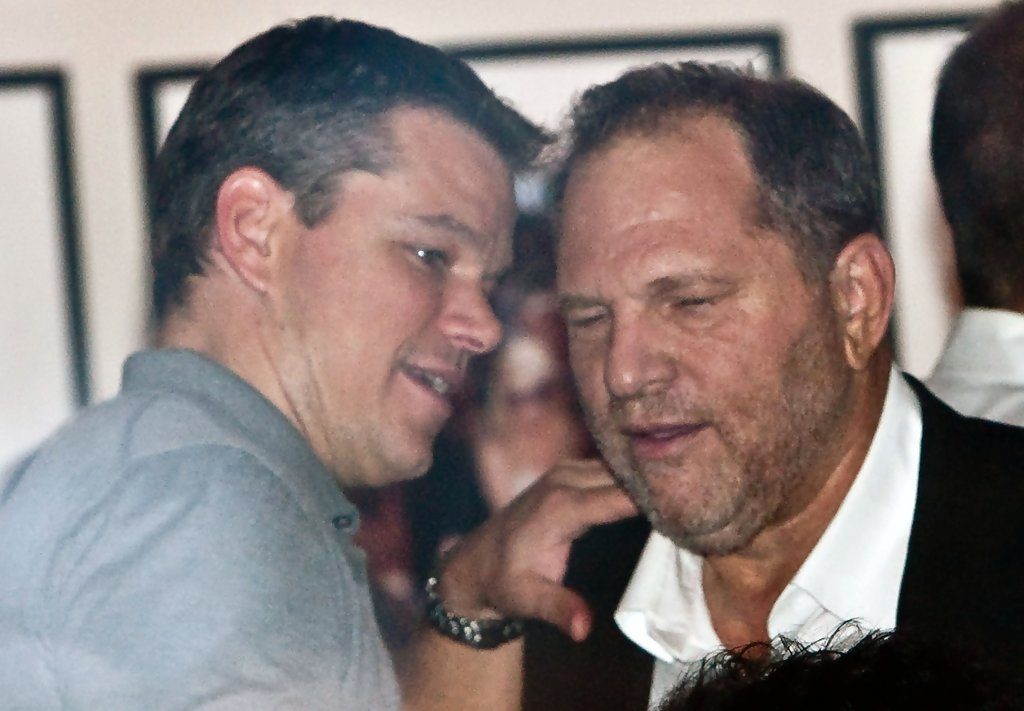 Sharon Waxman, the founder of The Wrap and a former New York Times reporter, says the New York Times killed her story about Weinstein’s alleged sexual abuse in 2004.

“In 2004, I was still a fairly new reporter at The New York Times when I got the green light to look into oft-repeated allegations of sexual misconduct by Weinstein,” Waxman recalls in her piece. “It was believed that many occurred in Europe during festivals and other business trips there.”

Waxman says she began by looking into Fabrizio Lombardo, the head of Miramax Italy who made $400,00 a year with little to no film experience. According to her sources, Lombardo was in the position because he was a friend and because he helped set up favors for Weinstein.

Then, she spoke to a woman in London who had been paid off by Weinstein after an “unwanted sexual encounter” and was scared to speak up because of her non-disclosure agreement.

“After intense pressure from Weinstein, which included having Matt Damon and Russell Crowe call me directly to vouch for Lombardo and unknown discussions well above my head at the Times, the story was gutted,” she states. “I was told at the time that Weinstein had visited the newsroom in person to make his displeasure known.”

Waxman says the story that the Times ran did not include any of her reporting about sexual favors or the pay-off.

“I was devastated after traveling to two countries and overcoming immense challenges to confirm at least part of the story that wound up running last week, more than a decade later,” she explains. “Today I wonder: If this story had come to light at the time, would Weinstein have continued his behavior for another decade.”