Just four months ago Republicans ran an ad on how they are keeping their promise on repealing Obamacare.

This was AFTER the election.
The ad was titled: “In Charge.” 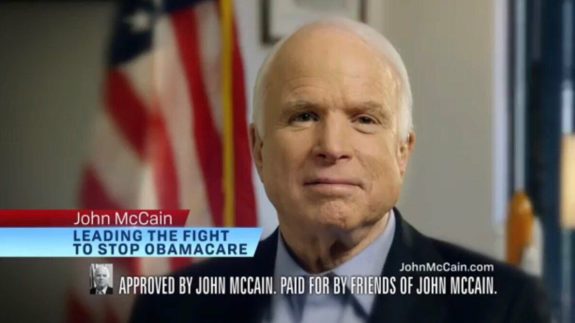 McCain lectured Democrats to wake up to the failure of Obamacare last September.

Headed to the floor to speak about the new health care regulations related to Obamacare – we must repeal and replace.

But last week John McCain flew back to Washington DC to lecture Americans and kill the repeal of Obamacare.
John McCain is a liar. 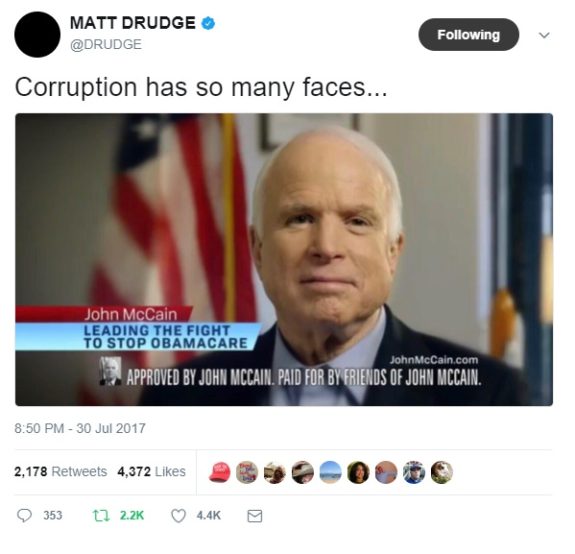 On Sunday night Matt Drudge called out John McCain.
He was more than fair.