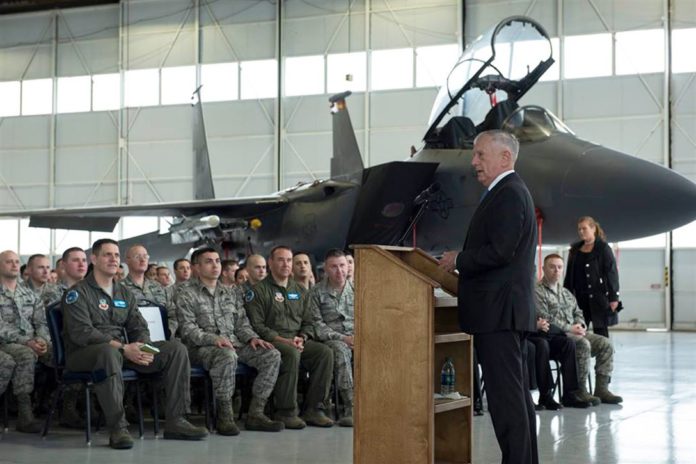 Mattis spoke to reporters yesterday while en route to Vancouver, British Columbia, for the Foreign Ministers’ Meeting on Security and Stability on the Korean Peninsula.

“The situation we face I would call it sobering,” Mattis said. “But this meeting is designed to still make progress diplomatically, such as you’ve seen with three unanimous Security Council resolutions over these last months”

Mattis said his role in the conference is to provide the military situation, then leave the meeting in the hands of Tillerson and the foreign ministers.