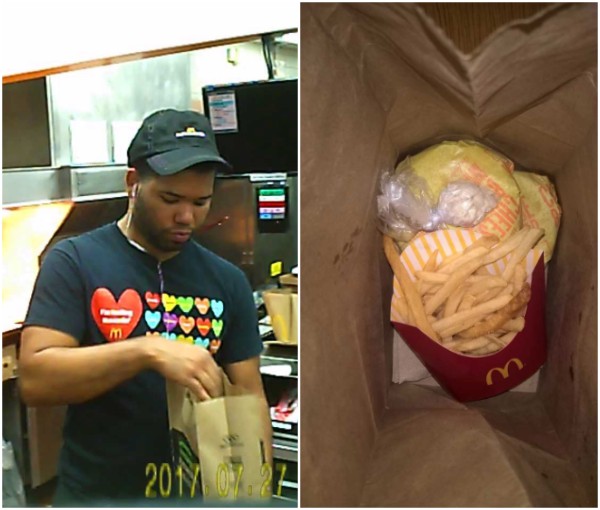 A McDonald’s worker in the Bronx allegedly served up more than a side of fries with his Happy Meals.
Authorities took Frank Guerrero, 26, a night shift manager at the fast food restaurant, into custody for alleged narcotics trafficking as part of a three-month undercover investigation, the New York Post reported.

“The conduct was so blatant it would be comical if he weren’t committing a serious narcotics crime,” Brennan said. “Ordering coke took on an entirely different meaning on the night shift at this McDonald’s.”

Guerrero also permitted his drug customers to walk through the main entrance late at night when the restaurant only allowed late-night orders to be taken through the drive-thru window, officials said.

Authorities say that Guerrero allegedly sold a concealed bag of cocaine to an undercover officer after he placed the drug in a cookie bag, and then hid it in a larger order containing two cheeseburgers, a side of fries, and a soda.

In a separate instance, Guerrero allegedly sold $6,250 worth of cocaine to an undercover officer inside the fast food joint’s public restroom while on a break from his shift.

Officials say he allegedly stored the drugs inside the soap dispenser earlier in the day.

Surveillance footage obtained by police showed that Guerrero conducted the drug transactions regularly during his shift.

After executing a search warrant on his home, authorities allegedly seized $5,300 in cash and 200 grams of cocaine.

Police arrested Guerrero and his girlfriend, Leidy Cabral Castillo, at 5 a.m. Wednesday morning before he finished his shift.

Tony Rodriguez, the owner of the McDonald’s, told WABC in a statement that his former employee’s actions are “unacceptable” and that he is cooperating with authorities.

CBS New York reports that the McDonald’s is closed indefinitely while authorities carry out the investigation.

Some McDonald’s locations have been hotbeds of criminal activity in recent months. Three teens allegedly threatened McDonald’s employees at gunpoint at a Northern Virginia location in September, and a Marine was shot and killed at a McDonald’s drive-thru in Indiana in April.