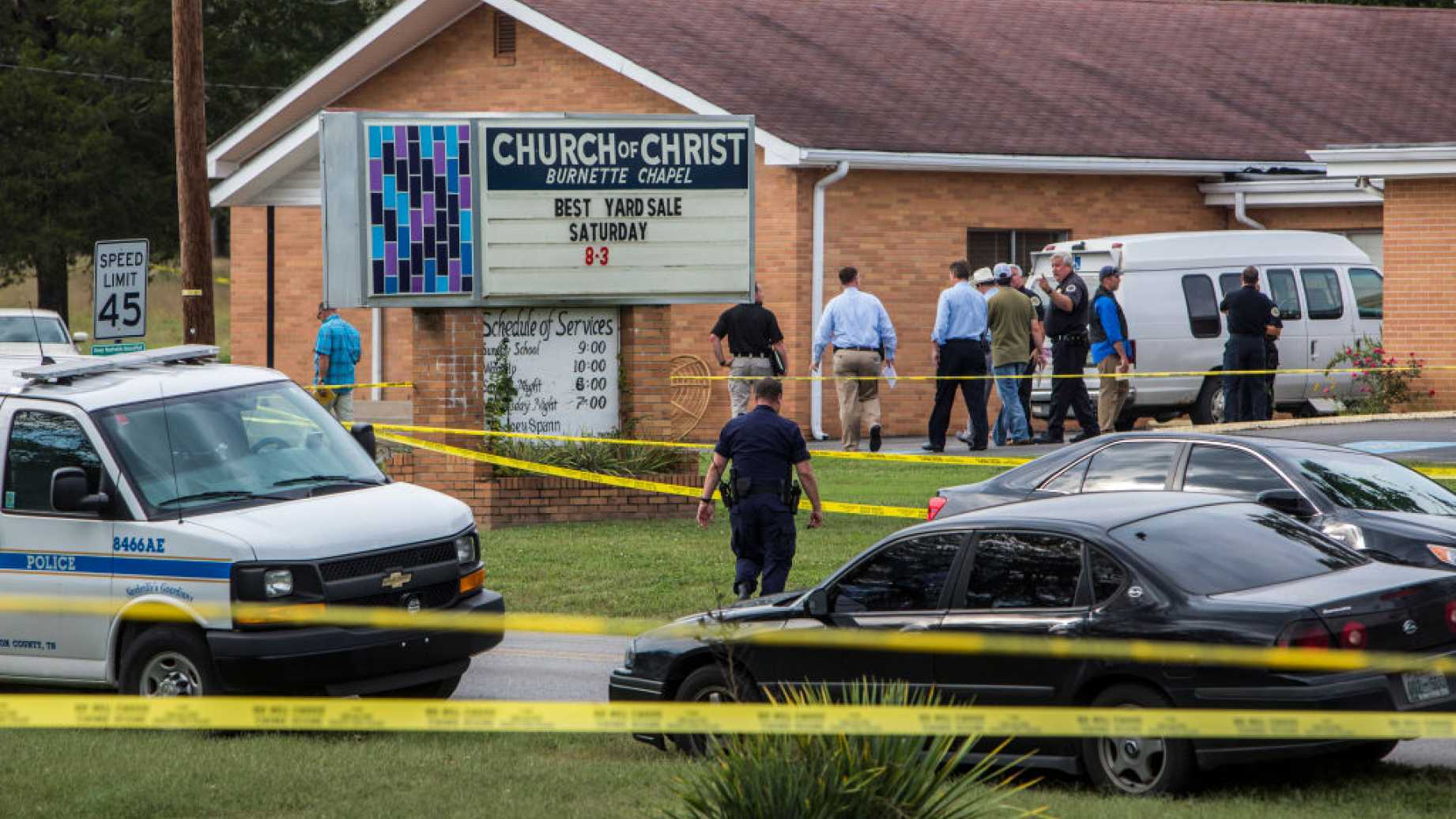 The media, eager to bury the story of the mass shooting at a church in Tennessee on Sunday in which a Sudanese immigrant, who is black, murdered a white mother of two and wounded six other people, including the pastor, has totally ignored the incident, conveniently using the NFL/ Trump controversy as grist for its mill.

Emanuel Kidega Samson, from Sudan, first murdered Melanie Smith, 39, in the parking lot, then entered Burnette Chapel Church of Christ and started shooting. He was only stopped by the heroism of an usher, Caleb Engle, 22, who was pistol-whipped in the face, but held tight until Samson accidentally shot himself. Engle then retrieved his firearm from his car and stood guard over Samson until police arrived.

Matt Walsh, in a powerful column at The Blaze, pointed out:

Maybe you read about this story on page 14 of the newspaper. I’m not exaggerating, either. The New York Times put this mass shooting on page 14. The front page was dominated by athletes kneeling. Or perhaps you heard it mentioned in a 12-second blurb at the end of a cable newscast last night. I flipped through a few different channels and didn’t hear it even mentioned one time, but maybe they got around to it. Of course, in a 60-minute broadcast they had to allot at least 59 minutes to cataloging the posture of NFL players. If you managed to sit through all of that, you may have heard the “P.S. There was a mass shooting at a church today okay that’s all goodnight” at the end.

The church shooting does no favors to the liberal narrative, so it must be ignored. The shooter was black. He’s a Sudanese immigrant. He killed a white woman. He was stopped by a good guy with a gun. If the races were switched and you removed the pesky pro-Second Amendment element of the story, perhaps it may have fighting chance to compete with choreographed protests in professional sports for airtime.

Engle has tried to downplay his incredibly heroic act, issuing a statement lauding the police and first responders. That, of course, garnered him no media attention.

Walsh concluded with a brutal takedown of the media’s moral lassitude: “In case you’re wondering, media: This why people despise you.”