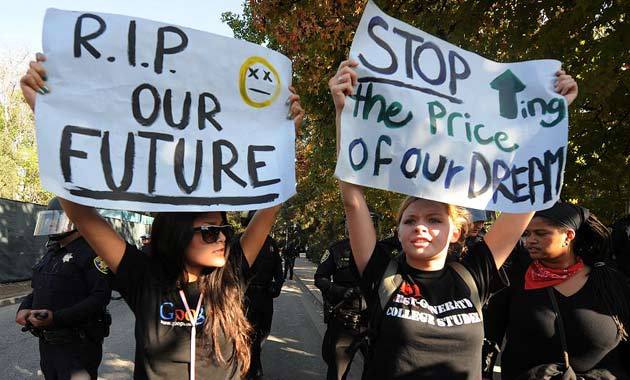 Michigan State Sen. Patrick Colbeck, R-Canton Township, is the leading sponsor for the “Campus Free Speech Act,” a proposed bill that would restrict certain kinds of protesting on Michigan college campuses. Students “who have twice been found responsible for infringing upon the expressive rights of others,” would either be suspended for a year or expelled permanently.

Colbeck says that the bill would allow speakers to visit campuses without being disrupted by students who disagree with their views, referring to when author and commentator Ann Coulter canceled her speaking engagement at the University of California, Berkley, because of pushback from students.

The CEO of the Michigan Association of State Universities, Dan Hurley, said that such instances are “intentionally set up by individuals who are not students, not affiliated with the university.” He does not believe there is a problem with free speech or expression at colleges, he said.

Michigan’s 15 public universities and 28 community colleges would adopt the rules set out by the bill, and would also abolish free speech zones. In May, Sen. Colbeck said, “Ultimately, there’s people that are just trying to shut down any discussion of issues that they don’t agree with.”

Michigan students are split on the bill, some thinking that it would infringe on their own free speech rights. Vikrant Garg is a graduate student at the University of Michigan and helped found Students4Justice, a group for students of color at UM “who organize to target inequities on our campus.”

“What this does is criminalize people for expressing their freedom of speech,” Garg said.

Gregory Magarian, professor of law at Washington University in Saint Louis and a free speech expert, says that colleges should address the issue on their campuses individually.

Nancy Schmitz, dean of students and assistant vice president of student affairs at Oakland University said, “Our student affairs office works hand in hand with the Oakland University Police Department’s chief of police and group leaders to ensure access and safety in organizing such events. In addition, we always comply with all federal and state laws on the matter and will follow developments with the latest legislation being proposed.”

Some faculty members believe the bill is unnecessary. According to the Foundation for Individual Rights in Education, an organization that rates speech codes on campuses, rules restricting or limiting free speech already exist on Michigan’s public university campuses.

Ultimately, the legislation could promote an atmosphere of discussion and civil debate. Sen. Colbeck said, “if campus leaders believe some speech creates a safety concern because of unruly audience members wishing to use violence, they must police those who would break the law in order to stifle free speech, … intellectual freedom on our campuses must not be bullied into silence.”