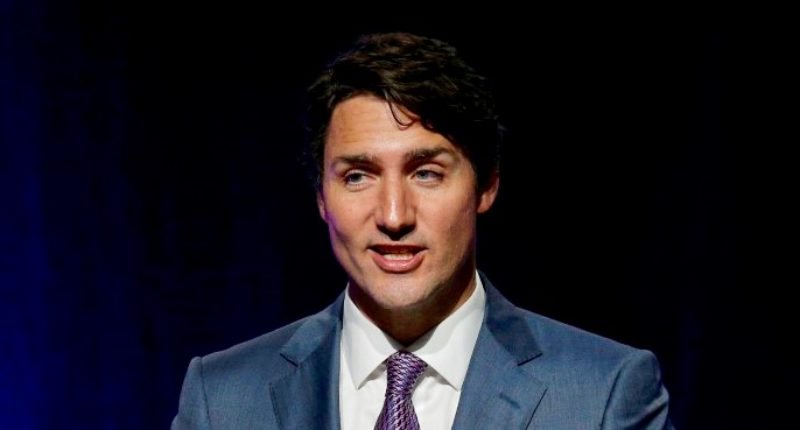 PROVIDENCE, R.I.—The Canadian government has gotten what it wanted this week during U.S. meetings: clear, public reassurances from American politicians that the North American Free Trade Agreement will be preserved, and that commerce between the countries will continue to be encouraged.

That was the message from Vice-President Mike Pence, who promised a collaborative approach with NAFTA renegotiations set to begin next month.

Pence made the remarks in a speech to dozens of state governors, with Prime Minister Justin Trudeau seated in the room and applauding the vice-president’s remarks.

“We will modernize NAFTA for the 21st century so that it is a win-win-win for all of our trading partners in North America,” as Trudeau clapped, and Foreign Affairs Minister Chrystia Freeland took notes throughout Pence’s speech.

“I know you’ll be hearing from Prime Minister Trudeau in a few minutes. Let me assure you: The United States and Canada have already built a remarkably strong relationship under these two leaders . . . We’re grateful for the prime minister’s leadership and his early outreach to this administration. U.S. President Trump recognizes that every trade relationship can improve and . . . we’re looking forward to bringing NAFTA into the future in a way that will equally benefit both our countries.”

It was a similar message from some of the state governors gathered in Rhode Island for their annual summer meetings. In meetings with Trudeau, some stressed their interest in seeing NAFTA survive and continue beyond its upcoming renegotiation.

Wisconsin Gov. Scott Walker left his meeting with the prime minister acknowledging the countries’ differences over dairy policy; but he downplayed the idea that any single irritant could cause the dismantling of the three-country trade pact.

“I don’t think you need to blow it up. I think it needs to be improved,” Walker told a group of Canadian reporters.

“I think it’s (about) improving. I mean, you’re talking about something that’s more than two decades old. No matter how good something is there’s always good ways to improve it. So I think that’s positive.

“For the businesses in Wisconsin … we want to make sure that our largest market in the world is still accessible.”

The Republican governor of Kentucky was even stronger in his remarks. He dismissed as absurd the notion that his country might impose trade barriers, like the idea of a border tax being suggested by some people in Washington.

“There’s a lot of concern, a lot of talk, a lot of hypotheses about what might happen, as things are renegotiated and things are re-discussed,” said Gov. Matt Bevin.

“We’re each other’s strongest trading partner, we’re each other’s closest ally, literally and figuratively. The idea that it won’t come out in good measure for both parties is preposterous. I mean, the idea that it won’t be continuing a strong relationship is something, I think, people shouldn’t even waste time thinking about. Cross-border taxes don’t do anybody any good. Us starting to do tit-for-tat ultimately creates more trouble.”

Canadian officials say the long-term objective here is to create relationships that could prove useful, should trade talks hit a difficult patch and Canada find itself in need of allies willing to speak up in favor of NAFTA.

The federal government has identified 11 U.S. states that might have the most political clout in upcoming trade debates, with several having been won at least once by Barack Obama, swung to Donald Trump, and exporting heavily to Canada.

Wynne said she’s more confident now that there will be many forces in the United States pushing back, should the Trump administration threaten to cancel NAFTA. It has threatened to do just that, if talks fail to produce a new agreement.

“The ones I’ve spoken to are going to be working hard to make sure that doesn’t happen. Because they know that’s not in their best interest. If it were to happen I think there would be many and immediate calls to the decision-makers in Washington to say, ‘This is a dangerous path, and we can’t go down that path.’”