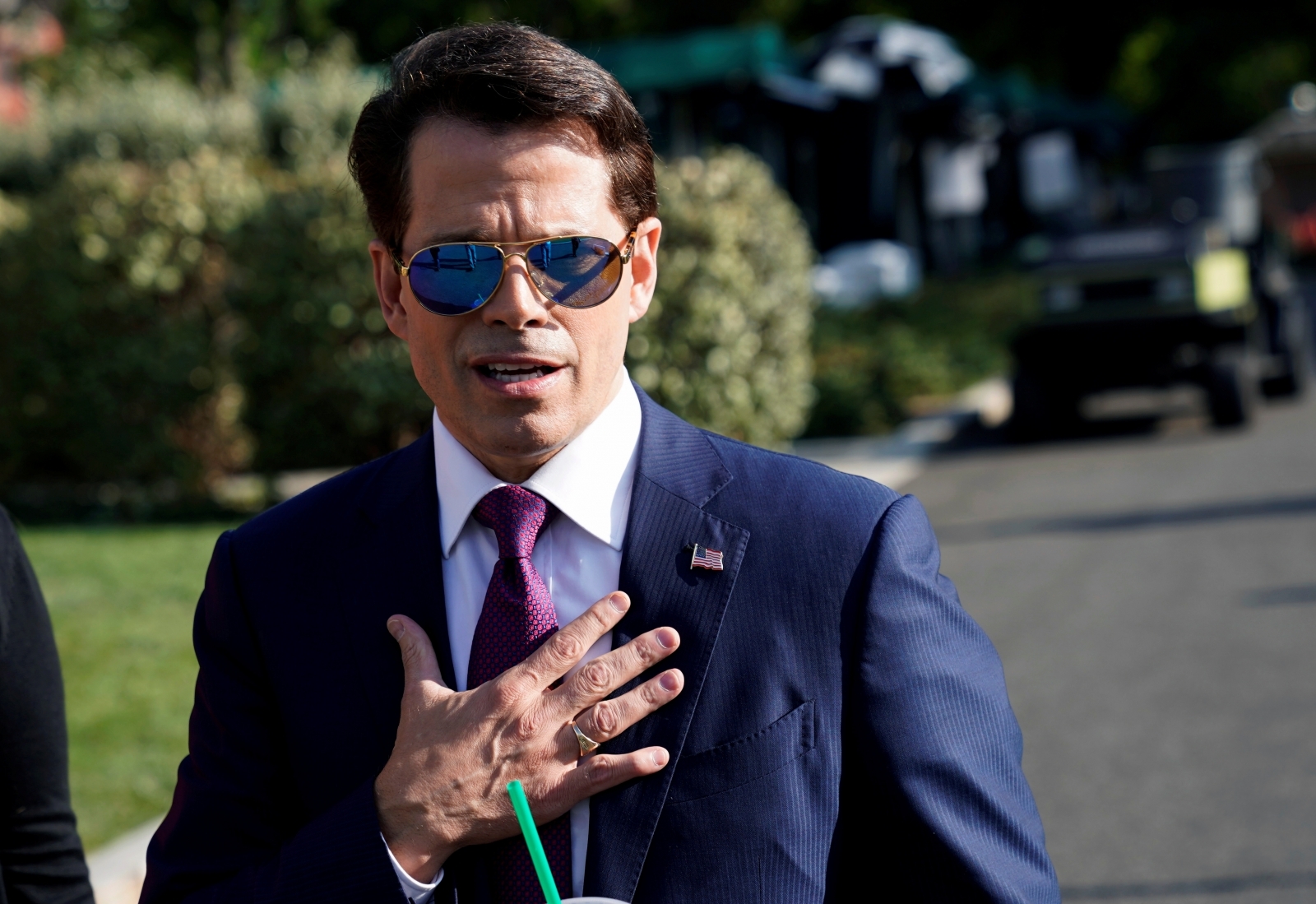 Appearing on a Facebook livestream on Sunday morning, former White House Communications Director Anthony Scaramucci lashed out at Breitbart News and its former executive chairman, fresh from heaping praise on Jared Kushner and his wife Ivanka on ABC News, and despite having lauded Breitbart News just 22 days ago.

The ‘Mooch’ said of Breitbart News: “As it relates to Breitbart, or what I call Bannonbart, I think some of the stuff they talk about is very worthwhile, has to do with the middle class movement, the lower middle class movement, that struggle, the economic desperation that’s going on. But the other stuff, the other nasty stuff that’s on that website I think is disgusting”.

Scaramucci did not elaborate as to what the “other stuff” and “nasty stuff” was.

The narrative is notably similar to the one used by MSNBC hosts Joe Scarborough and Mike Brezinski, themselves good friends with the Jared and Ivanka faction which includes Deputy National Security Advisor Dina Powell and economic advisor Gary Cohn.

Asked if he believed ‘Bannonbart’ had an influence on President Trump’s thinking, Scaramucci replied: “I would say no”. His comment comes in spite of an analysis of the campaign cycle that revealed that “Trump shared more Breitbart links to his more than 15 million followers than any other news organization”.

“The fact that [Steve Bannon] is sitting there inside the White House probably makes people think that [Breitbart] has an influence, and I think that’s reason enough to probably make some changes”.

On July 22nd, Scaramucci appeared on the Breitbart News Saturday radio show, declaring: “I think that one of the things that Breitbart has done has captured the spirit of what is actually going on in this country”.

Speaking on why President Trump failed to condemn white supremacists after the Charlottesville incidents on Friday night and Saturday morning, Scaramucci urged him to “hit [them] harder” and mused that “the moderates and the independents… that want to support the President, and want to help the President with his legislative agenda, I think they’ll find that to be more favourable than this sort of micro Bannonbart group of people that like that sort of nonsense”.

He did not elaborate on what “that sort of nonsense” was, either, on the back of Breitbart News declaring the Unite the Right rally a “dereliction of American values” and “a disgusting and unwelcome throwback to segregationist ideas and rhetoric at a time when patriotic conservatism is gaining ground” on Saturday night.

Scaramucci also failed to elaborate on these “moderates and independents”, who he claimed would support the President’s legislative agenda if the “micro Bannonbart” group was ostracized.

Studies have revealed the President’s path to victory last year was paved in the most part by four groups, including free marketeers, anti-elites, American preservationists, and staunch conservatives. It is unclear which of these groups — perhaps all of them — Scaramucci believes to be “micro”.

“People are not going to like me saying this,” he continued, “there are elements of the alt-right that I think have actually been quite beneficial”.

The “alt-right”, though once a term used to describe millennial and hipster conservatives, is now reserved for white nationalist groups and websites.

Channelling Hillary Clinton’s “deplorables” moment — attempting to force link between racialism and Breitbart News — Scaramucci continued: “Steve Bannon is a great speechwriter. I could hear a lot of Steve Bannon’s words in some of his speeches. But the overall sentiment of this nonsense over white nationalism, white supremacy, all of this sort of nonsense, it is not really representative of America. It’s not really representative of the American experiment or the ideals.

“It could be an America of yesteryear,” said Scaramucci, again seemingly unaware of Breitbart News’ coverage from Charlottesville.

“This has been one of the most forward-thinking, socially progressive societies in the world, and it is a beacon of hope for the rest of mankind.”

“Is Steve Bannon a white nationalist, a white supremacist?” he asked.

“I don’t know” replied the diminutive ex Comms chief. “I’ve never sat down with Steve and said ‘hey are you a white nationalist or a white supremacist?’ But I think the toleration of it by Steve Bannon is inexcusable”.

Mr. Scaramucci again cited no examples of “toleration” of these ideas by Mr. Bannon.

Earlier in the day Scaramucci told ABC News’ George Stephanopoulos: “I think people are probably reluctant to tell him the truth. Maybe Ivanka would do that. Maybe Jared. You have this sort of Bannon-Bart influence in there that is a snag on the president. If the president wants to execute the legislative agenda that I think is so promising for the American people, the lower and middle-class people, the middle-class people then he has to move away from that sort Bannon-Bart nonsense.

“The whole thing is nonsensical. It’s not serving the president’s interests. He has got to move more to the mainstream He has to be where the moderates and independents are that love the president. If he does that, he’ll have a successful legislative agenda that he can execute. If he doesn’t do that, you’ll see inertia”.

He closed: “I think the president knows what he’s going to do with Steve Bannon.