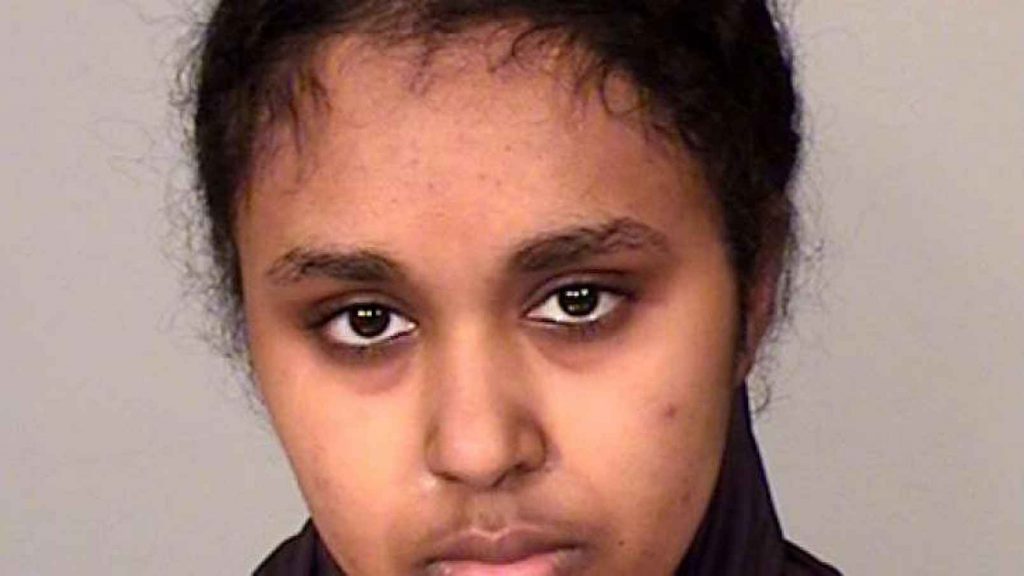 Truza Jamal Hassan — a 19-year-old former student — set eight fires in seven buildings across the campus of St. Catherine University. All but one of the fires were set in trash cans inside bathrooms.

Hassan kindly explained that she did so in retaliation for American military intervention in Iraq and Afghanistan, according to the criminal complaint failed in Ramsey County District Court. Her religious inspiration isn’t expressly stated, but she appeared in court yesterday wearing garb including a black face covering that exposed only her eyes and what appeared to be a large white sheet draped over her head. I think she was shooting to make a bold fashion statement with a makeshift niqab.

She set one fire at St. Mary Hall, the school’s largest dorm. It houses first-year students (welcome to St. Kate’s!) and the Early Childhood Center, a day care facility. Hassan appears to have included St. Mary Hall on her rampage because of the day care facility. Thirty-three children and eight adults were at a day care in the building at the time, along with 10 to 15 students who were also evacuated.

Hassan did a lot of talking that will prove helpful to the prosecution of the case against her. She explained to police that “she wanted the school to burn to the ground and that her intent was to hurt people.” She said similar attacks happened on “Muslim land” and no one cared if Muslims were hurt. Hassan also told police that she had written a letter to her roommates containing “radical ideas about supporting Muslims and bringing back the caliphate.” And just to be clear, she also told authorities, “You guys are lucky that I don’t know how to build a bomb because I would have done that.”

But don’t worry. St. Catherine University has learned absolutely nothing from this attempted terrorist attack.

In a statement Friday, St. Catherine President Becky Roloff said officials were “shocked and saddened by the reported statements made by a former student … regarding her motives for starting fires on campus earlier this week. We are dismayed by her statements and know that they have impacted us all deeply.”

They’ve impacted our heads and bounced off them.

Roloff said university officials believe the incident was isolated and their “top concern is our students and the campus community. We are proud to be an open and welcoming university that embraces diversity. As such, we strongly believe that one person does not represent an entire group, and we deeply value all Muslim members of our community.”

There we go. The only things missing are the inevitable, “Muslim community braces for backlash” news stories.

The university blog where the statement appeared has 66 entries for social justice. And so no lessons will be learned from any of it. Instead we’ll be lectured on the virtue of immigration by people who keep killing us because they don’t like us.