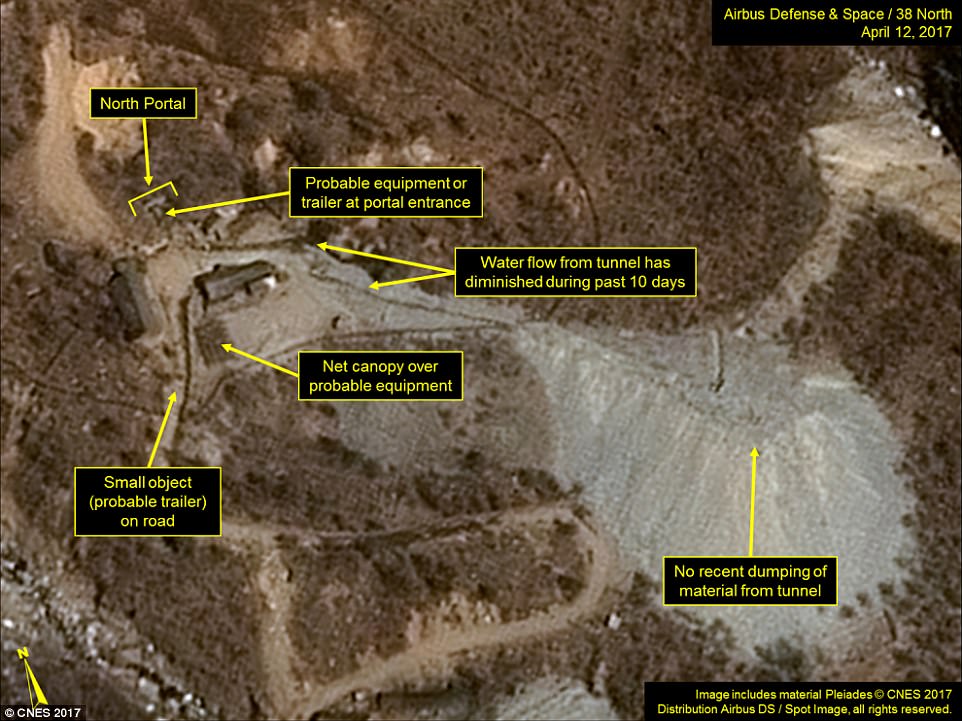 The analysis by 38 North, a Washington-based North Korean monitoring project, was based on satellite images of the radiochemical laboratory at the Yongbyon nuclear plant from September until the end of June, amid rising international concerns over North Korea’s nuclear and missile programs.

The think tank said images of the uranium enrichment facility at Yongbyon could also indicate operation of centrifuges that could be used to increase North Korea’s stock of enriched uranium, its other source of bomb fuel.

There were signs too of at least short-term activity at North Korea’s Experimental Light Water Reactor that could be cause for concern, 38 North said.

Reuters received a copy of the report before its scheduled release later on Friday.

The images of the radiochemical laboratory showed there had been at least two reprocessing cycles not previously known aimed at producing “an undetermined amount of plutonium that can further increase North Korea’s nuclear weapons stockpile,” something that would worry U.S. officials who see Pyongyang as one of the world’s top security threats. 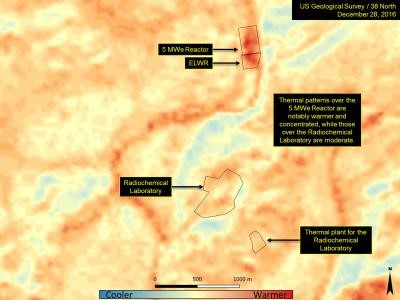 A thermal image of the radiochemical laboratory at the Yongbyon nuclear plant in North Korea is seen which 38 North says was taken in June 2017 and released on July 14, 2017. Courtesy Thermal data available from the US Geological Survey/38 North/Handout via REUTERS

It was unclear if the thermal activity detected at the uranium plant was the result of centrifuge operations or maintenance.

It said the thermal patterns at the plant’s isotope/tritium production facility suggested it was not operational and was therefore not producing tritium, an essential isotope used in boosted yield and hydrogen weapons.

North Korea manufactures atomic bombs using uranium and plutonium and has tested five nuclear bombs. Officials and experts say it could test a sixth at any time, despite U.S.-led international efforts to curb its program.

Pyongyang said its penultimate test in January 2016 was of a hydrogen bomb, something experts have treated with skepticism.

North Korea has been working to develop a nuclear-tipped missile capable of hitting the United States and last week tested its first intercontinental ballistic missile, which experts said could hit all of Alaska and parts of the U.S. Pacific Northwest.

Experts at 38 North estimated in April that North Korea could have as many as 20 nuclear bombs and could produce one more each month.

A report by U.S.-based nuclear expert Siegfried Hecker published by 38 North last September estimated North Korea had stockpiles of 32 to 54 kg (70 to 119 pounds) of plutonium, enough for six to eight bombs.