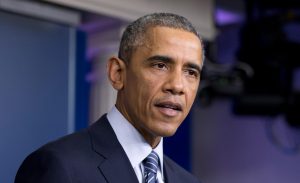 While students and the liberal media rush to blame the National Rifle Association for the tragic school shooting in Parkland, President Barack Obama’s PROMISE program may have actually helped to keep Nikolas Cruz from failing a background check that would have stopped him from purchasing guns.

Last week, Rush Limbaugh discussed the program and how it may have contributed to this senseless massacre.

In an effort to close the racial achievement gap in Florida’s Broward County Public Schools, Robert Runcie was brought in to serve as superintendent in 2013.

While attempting to figure out why black students had a graduation rate of only 61 percent compared to 81 percent for white students, Runcie determined that it was largely because of their arrest rates. […]