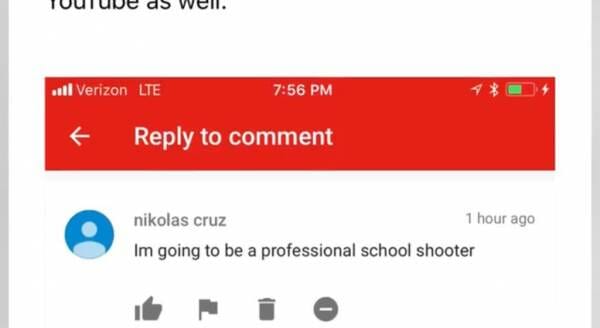 The former student at Marjory Stoneman Douglas High School had previously been expelled for disciplinary problems prior to the mass shooting that left 17 people dead.

In a YouTube video published on the evening of the attack, Ben Bennight, a Mississippi bondsman, explained that he was contacted by the FBI at approximately 3 p.m. about a comment on one of his videos that he had reported last fall.