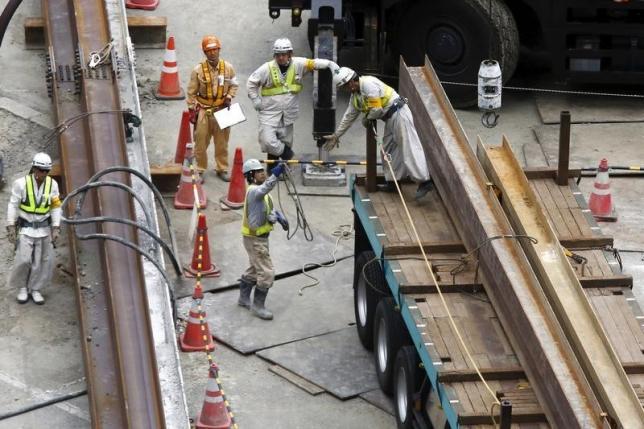 There is no justification for importing more low-skilled foreign laborers, a new study shows, despite efforts by the Republican establishment to do just that.

A study by the Economic Policy Institute (EPI), one of the few organizations that compiles data on the H-2B visa and its impact on American wages and unemployment, found that there were 136,000 H-2B foreign workers in the U.S. in Fiscal Year 2016, noting that an increase is not necessary:

At the national level, it is worth pointing out that there is no evidence at all of labor shortages in the labor market that are significant enough to move national data trends. Despite much-welcome progress in reducing the national unemployment rate in recent years, and despite the fact that the unemployment rate has now reached pre-Great Recession levels, many other labor market indicators signal an economy that still has some way to go before genuine full employment is attained.

The share of adults between the ages of 25 and 54 (“prime-age” adults who traditionally have very strong labor force attachments), for example, has just recently clawed back half of the peak-to-trough decline it suffered during the Great Recession. Most persuasively, there is no evidence at all of a durable acceleration in the growth of either wages or prices.

That lack of wage growth, according to EPI, indicates the need for H-2B foreign workers. For example, the study found that overall wage growth in every U.S. occupation was tiny between 2004 and 2016, at only an increase of $1.23 on average.

For H-2B occupations, wage growth has been even more stagnant, with EPI research showing that nine of the top 10 H-2B occupations grew less than one-half of 1 percent annually between 2004 and 2016.

In two of those H-2B occupations – cooks and production workers – wages actually decreased between 2004 and 2016. In that same time period, wages for nonfarm animal caretakers did not grow at all.

The EPI study also looked at U.S. unemployment rates between 2004 and 2016 in the top ten H-2B occupations, finding that American blue-collar workers remain unemployed at a rate greater than the national average:

In two of the occupations—“Butchers and other meat, poultry, and fish processing workers” and “Nonfarm animal caretakers”—the 2015–2016 unemployment rate was very near the national unemployment rate (at 5.06 and 5.40 percent, respectively), but still slightly above it.

Though no evidence exists to validate the big business lobby’s claims that a “labor shortage” exists and thus the need for more low-skilled foreign workers, Kelly has raised the H-2B visa at the behest of the Republican establishment, with figures like Sen. Thom Tillis (R-NC) holding up President Trump’s nominee for the United States Immigration and Citizenship Services (USCIS) until the visa cap was raised.