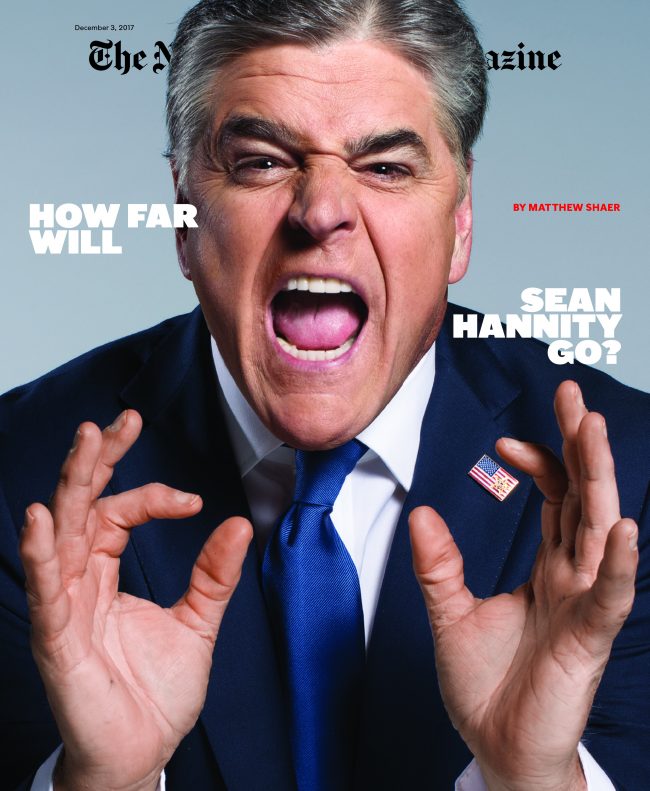 Well, this is a predictable media dust-up.

The New York Times Magazine published a long-form profile of Fox News primetime host Sean Hannity, Tuesday, which paints the proudly conservative firebrand in a remarkably fair and humanizing manner. Humanizing because it’s not unfair to surmise that the majority of NY Times readers see Hannity as a one-dimensional cartoon character. This essay reveals that he’s actually a real human being who was raised in a manner that logically brought him to his current political beliefs.

But there is still a bit of controversy to be found here — not necessarily within the piece itself, but rather, the cover shot featuring the classic “Angry Conservative” shot which only reinforces the caricature that Times readers likely believe to be true.