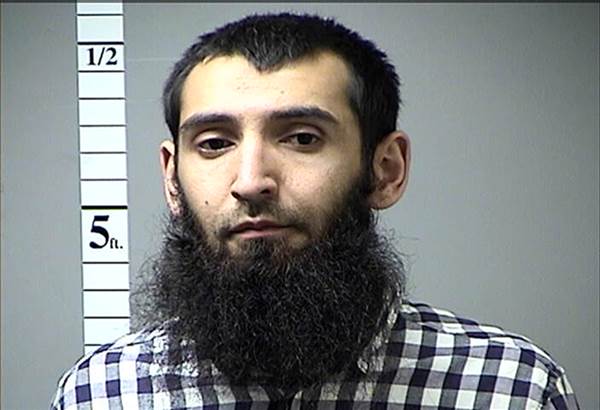 29-year-old Sayfullo Habibullaevic Saipov, the immigrant from Uzbekistan who murdered at least eight people in Manhattan on Tuesday, arrived in the United States seven years ago under what is called the Diversity Visa Program, a program that President Trump and the GOP have been trying to eliminate.

Each year, the Diversity Visa Lottery, as it is officially known, provides up to 50,000 randomly selected foreigners — fewer than 1 percent of those who enter the drawing — with permanent residency in the United States.

To amend the Immigration and Nationality Act to establish a skills-based immigration points system, to focus family-sponsored immigration on spouses and minor children, to eliminate the Diversity Visa Program, to set a limit on the number of refugees admitted annually to the United States, and for other purposes.

On October 8, President Trump sent a letter to “House and Senate leaders & Immigration Principles and Policies” in which he outlined his plans for immigration. In section 3, titled “Merit-Based Immigration System,” Trump wrote, “Eliminate the ‘Diversity Visa Lottery.’”