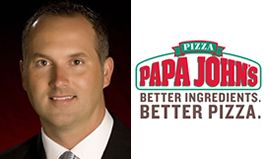 According to ESPN, Papa John’s CEO John Schnatter said during a conference call that the NFL was to blame for their slipping sales.

“The NFL has hurt us,” Schnatter said. “We are disappointed the NFL and its leadership did not resolve this.”

Schnatter was likely referring to the recent rash of National Anthem protests that’s swept through the National Football League and has left many franchises divided. Viewership has been in something of a free fall all season, as many fans have decided to boycott the increasingly political sport.

And since Papa Johns is the official pizza company of the NFL, Schnatter says the league is bringing pizza down with it.

“Leadership starts at the top, and this is an example of poor leadership,” Schnatter said.

Again, he’s likely referring to NFL Commissioner Roger Goodell, who has come under fire in the recent weeks for sending mixed signals regarding the anthem protests and not taking a hard stance on unruly players. Amid all of this, his wife got caught defending him against all the Internet trolls with a Twitter burner account, which is definitely not a great look for the Commish.

Papa John’s President and COO Steve Ritchie backed Schnatter up, telling listeners on the call that “the NFL deal was the primary suspect behind the decline and that ‘we expect it to persist unless a solution is put in place.’”

I think the message is pretty loud and clear here. Papa John’s is not happy with the NFL or its commissioner. And if their sales continue to decline, they’re probably not gonna go down without a fight. It’s unclear at the moment how much pizza sales actually correlate to NFL viewership, but if I had to guess I’d say Papa John’s won’t be the last company to complain about this growing issue.