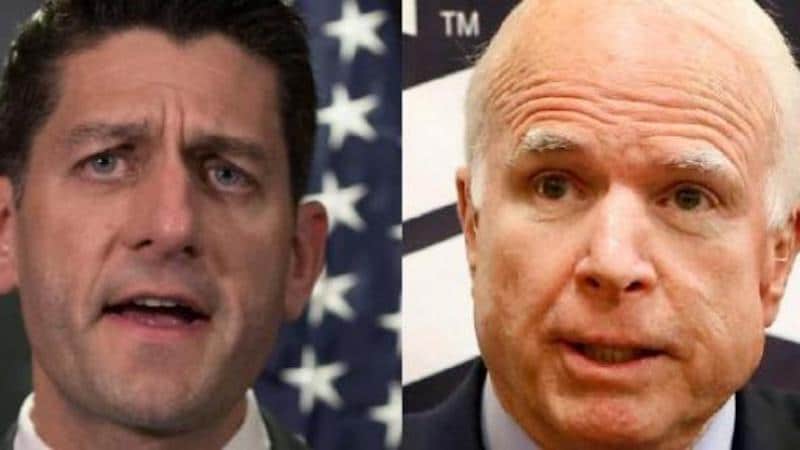 Because congress couldn’t get their act together in the repeal of Obamacare, Americans all over the country are still paying outrageously high premiums, deductibles and general healthcare costs. And while congress said they tried to repeal and replace, there were plenty of road blocks to keep the deal from going through. Paul Ryan says it’s all on John McCain.

Ryan told Fox Business anchor Maria Bartiromo, “Republicans passed the biggest entitlement reform package ever when we passed our healthcare bill. Unfortunately, somebody did this instead of that in the Senate, and it didn’t pass.”