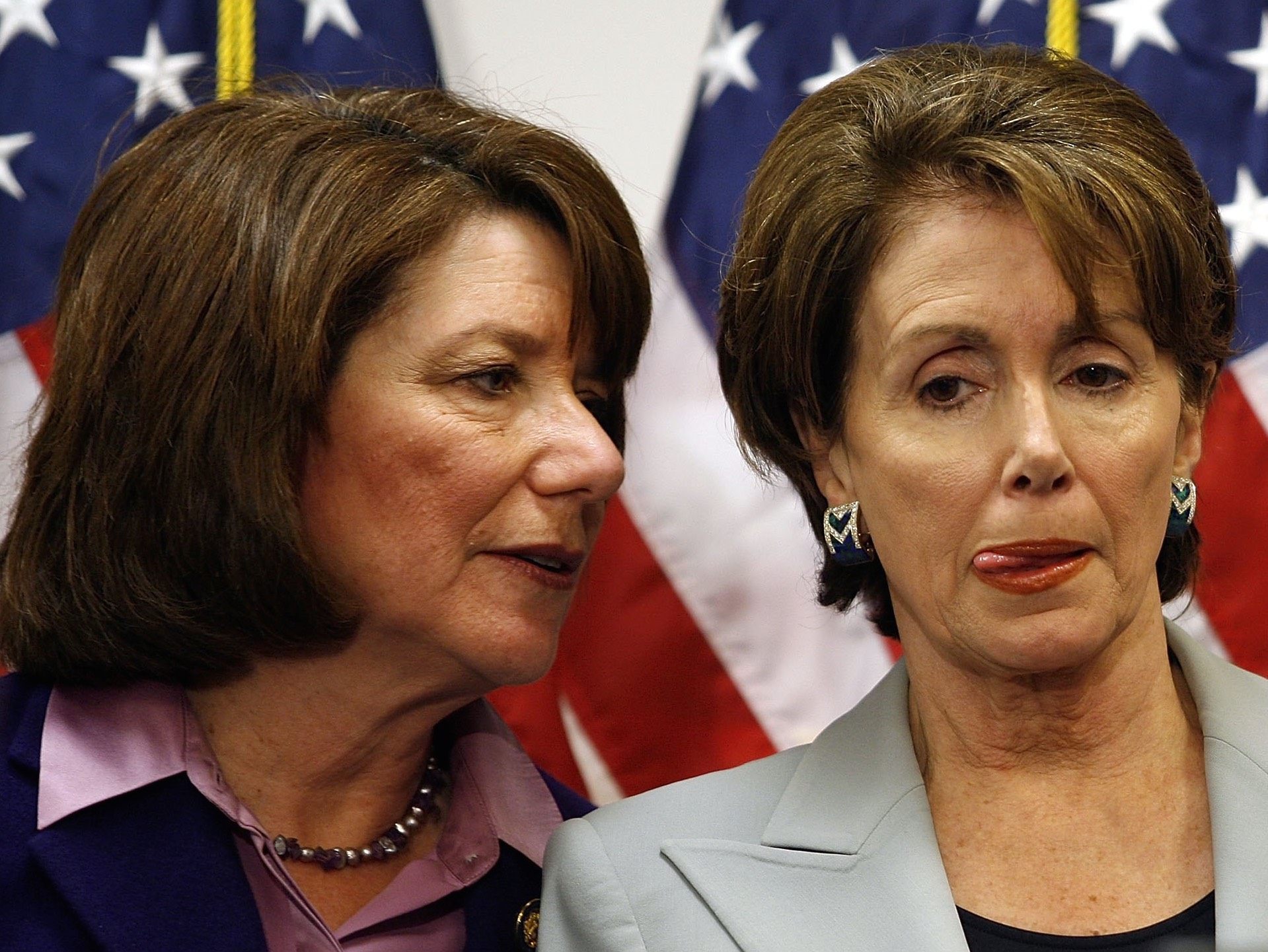 There’s a lot of grumbling by rank-and-file members, but no leadership change is imminent.

House Minority Leader Nancy Pelosi and other top Democrats put a brave face on Wednesday morning after a disappointing loss in the Georgia special election, yet there is no disguising the unhappiness in the party ranks.

There is no challenge to Pelosi’s leadership, and none is going to happen at this point, said numerous Democrats. But it’s clear frustration is growing with the longtime Democratic leader following the extensive losses Democrats have suffered over the last half-decade.

And the fact that Republicans spent millions of dollars on TV ads tying Democratic hopeful Jon Ossoff to Pelosi — and the brand of progressive policies she represents — shows that she will once against be an issue for Democratic challengers in the very seats that the party needs to win to make her speaker again.

Some Democrats want to replace Pelosi atop their caucus, as they have since last November’s poor showing at the polls; they say there is no way to get back in the majority with her as their leader. And others who backed her in last year’s leadership challenge have now flipped their stance.

“I think you’d have to be an idiot to think we could win the House with Pelosi at the top,” said Rep. Filemon Vela (D-Texas), who supported Pelosi in her last leadership race. “Nancy Pelosi is not the only reason that Ossoff lost. But she certainly is one of the reasons.”

“#Ossof Race better be a wake up call for Democrats – business as usual isn’t working. Time to stop rehashing 2016 and talk about the future,” Rep. Seth Moulton (D-Mass.), a rising star for the party, tweeted on Tuesday night.

“I think it’s very concerning that that tactic still has some punch,” added Rep. Tim Ryan (D-Ohio), who challenged Pelosi for minority leader last November. “Again, it’s part of the broader national brand that average people don’t feel connected to the Democratic Party. Walk up the street and ask 10 people what the Democrats stand for, you’ll get 10 different answers. That’s no way to build a national party.”

Pelosi told her members in a closed-door meeting on Wednesday morning that Ossoff “was a candidate who was young and enthusiastic, and attracted national support,” according to Democratic sources. Pelosi also pointed out that Ossoff lost by only a small margin, far less than the previous Democratic candidate had done in the Georgia 6th District in November.

Pelosi, though, admitted that “A loss is a loss. It is a setback. Unfortunately, a loss for us. But not good news” for Republicans. Pelosi also cautioned her members not to overreact to the results of this specific race.

Pelosi didn’t talk to members about the GOP ads focusing on her. No members brought up the issue of her leadership or said she should step aside.

Pelosi pointed out that Democrats won the special-election fights during the 2009-2010 cycle, only to lose 63 seats in November 2010, while in 2005-06 — when Democrats won the House — they lost several special elections.

And Pelosi talked about how the recent shooting of Rep. Steve Scalise (R-La.) may have aided GOP candidate Karen Handel. Republican outside groups tried to tie that shooting to the frenzy of anti-Trump rhetoric among Democratic supporters, as the shooter posted strongly negative comments against the president on his Facebook page.

Yet the fact remains that with President Barack Obama out of office, Pelosi is once again the Democrat that Republicans most love to hate. She has been on the national scene for 14 years, and Republicans have long made the phrase “San Francisco values” a pejorative for any Democratic challenger.

And Democrats — despite the fervor among their base — are being forced to acknowledge that an anti-Trump message is not going to be enough by itself to win in 2018. President Donald Trump may have historically bad poll numbers this early in his presidency, but Democrats are likely to need more than that to get back in the majority.

Pelosi still has a lot going for her. She remains the most successful non-presidential political fundraiser in U.S. history, raising more than $560 million for House Democrats since she became leader in 2003, even though critics say all the money doesn’t matter if they keep losing. There’s also no question that Pelosi remains popular with many House Democrats, despite her detractors.

“I think she’s one of the best speakers ever and I am glad to support her,” said Rep. Keith Ellison (D-Minn.), a leading progressive who lost a race for Democratic National Committee chairman earlier this year.

“This is nothing new,” said Democratic Caucus Chairman Joe Crowley (N.Y.) of the GOP’s Pelosi bashing. “I think we’ll have an opportunity to look at all the ads on all sides that were ran, all the issues, all the warts that existed in evaluating the results of this election. But the day after is a little too soon.”

Some Democrats who are running statewide — either for governor or Senate — say the party must not try to nationalize every race. Instead, they must focus on local issues in order to reach voters. And official Washington’s obsession with the Trump-Russia probe, while vitally important, is not something average voters are focusing on daily.

“I think what people are looking for is that they want to believe someone knows where they are coming from. They want to believe that you’re a decent person,” said Rep. Tim Walz (D-Minn.), who is running for governor. “I think the race in my district, I think that President Trump would still win it, although it would be closer. That’s totally on him and really doesn’t have to do with us.”