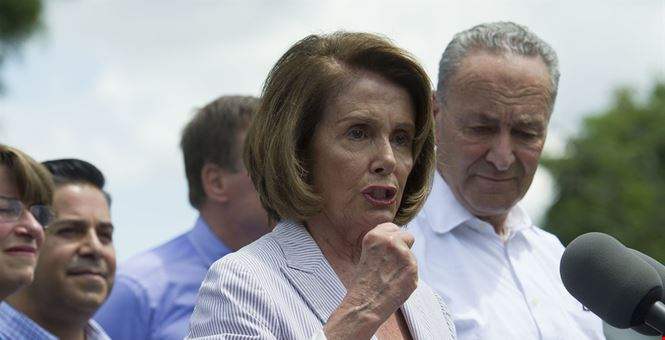 On the same day the U.S. Federal Communications Commission received a bomb threat over its vote to repeal so-called “net neutrality” rules adopted by the Obama administration, Pelosi offered some loaded language in her condemnation of the decision.

“Young people know what this means. This is about democracy on the internet. This is about good jobs for the future. And this should not be done,” Pelosi said.

“I don’t know if you remember, but when this happened before, when we were trying to interpret the law in a way that was favorable to democracy and the internet, the response from young people positively supporting that was overwhelming,” she continued.

“But as you know, supporting something is one wonderful thing, but when you try to take it away, it’s an explosion of such magnitude,” Pelosi said. “Well, the FCC will see that.”

It’s unclear whether Pelosi’s comments were an implied threat, or just completely ignorant.