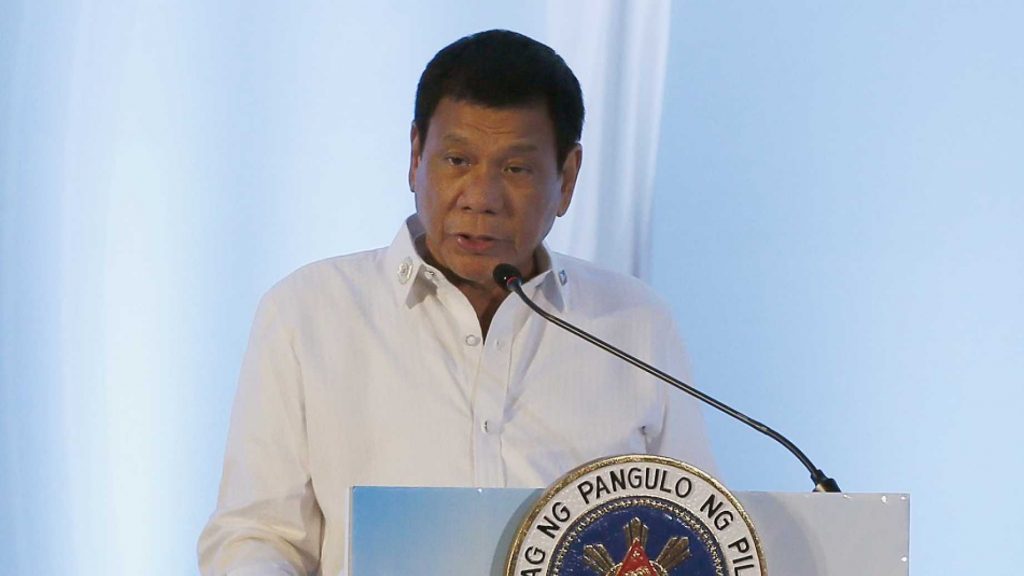 On Thursday, President Rodrigo Duterte of the Philippines bragged about stabbing someone to death when he was 16-years old and went off on former President Barack Obama, calling him “so black and arrogant.”

Addressing critics of his aggressive drug crackdown, President Duterte claimed he would go into jails and have “rumbles here, rumbles there” during a speech at a summit in Vietnam, reports Fox News.

“At the age of 16, I already killed someone. A real person, a rumble, a stabbing,” he said. “I was just 16 years old. It was just over a look. How much more now that I am president.”

Duterte also targeted Obama for his past criticism of the Philippines’ actions against drugs.

“These white people, those from [the European Union], the ignorant Americans, pretending to be, this Obama,” said the 72-year-old. “You are so black and arrogant. [He] reprimanded me. Why you reprimand me? I’m the president of a country.”

Duterte has previously said he’d be “happy to slaughter” millions of drug addicts.

Per a spokesman of the president’s, Duterte was making his remarks “in jest.”