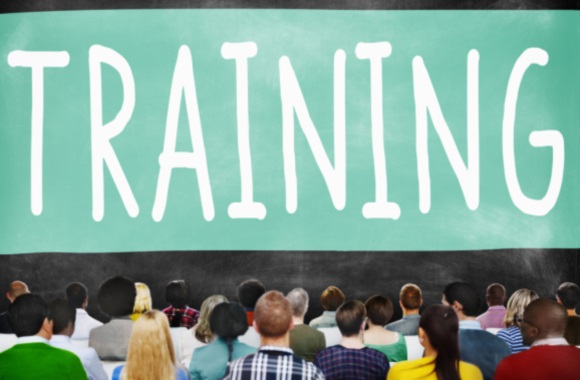 After Central Washington University students protested in autumn 2015 that the campus wasn’t inclusive enough, the public university turned to DiversityEdu to institute mandatory online diversity training for its faculty and staff.

It’s unclear how many universities have hired DiversityEdu. Founder Alison Akant told The College Fix in an email that it only publishes the names of clients who have given permission to put their logos on its website. It has teamed up with well-known public universities such as Virginia Tech, the University of Illinois and San Diego State University.

“It’s fair to say that we are a rapidly growing company and that thousands of students and faculty in colleges and universities of all kinds and across the country have taken our courses,” Akant said.

The company provides online courses for students, faculty and faculty search committees. It says its courses incorporate scholarly research, and the DiversityEdu website lists a group of contributing scholars.

According to a demo video, the courses teach skills needed “to successfully engage with diversity and make choices that grow inclusion.” The video states courses are about “learning, not training.”

“We feel we’ve been successful in providing course-takers skills that will help them engage comfortably and successfully with diversity on campus and in any community where they may choose to live and work,” Akant said.

At Virginia Tech, incoming students are required to complete an online DiversityEdu course that touches on a number of diversity issues.

According to a university webpage, the online module touches on defining diversity, engaging with difference, managing assumptions, searching for similarities, understanding the effects of stereotypical thinking, focusing on the impact of language and behavior choice and addressing microaggressions.

The webpage asserts, without elaborating, “the overwhelming majority (between 85 and 95 percent) of thousands of students and faculty report that taking DiversityEdu has taught them useful skills.”

At Central Washington, DiversityEdu courses have included training for faculty in the wake of racial protests on campus.

“This training has been excellent and was received by the faculty very well. The training was geared toward higher education and done by faculty for faculty,” Delores Cleary, vice president of diversity and inclusivity, said in an email.

SDSU Chief Diversity Officer Aaron Brucek said in an email that the university worked with DiversityEdu to develop a module catered to the needs of its own search committees. He specifically discussed a module on implicit bias and pointed to the flexibility online programming provides.

“Faculty could review the module anytime they wanted from the comfort of their home, office, or at the cafe,” he said. “The response was very positive.”

Using DiversityEdu courses is not cheap: Universities that require student and faculty undergo the training can pay tens of thousands to the company.

Central Washington paid the company $22,075 for its faculty training. Virginia Tech paid $41,600 in 2015-2016 for DiversityEdu, a spokesman said. A spokeswoman for SDSU didn’t return an email asking how much the university has paid the company.

When asked about the average cost for universities, Akant said there’s isn’t a such a figure because of variables among clients including contract length and the number of course-takers.

Akant and universities that use DiversityEdu told The Fix the training is well-received and influential. Campus communities have not unanimously accepted the training, however.

When Virginia Tech rolled out its training for students, some had qualms about it. The Collegiate Times reported this past fall that some at the university “argued that a required course is not the way to accomplish” diversity and inclusion.

“I think the awareness is good, but the way it’s specifically set up now I think isn’t very well done,” Zach Etter, chairman of College Republicans, said at the time.

The training also faced scrutiny from conservative groups like the National Association of Scholars and Young America’s Foundation.

Asked whether the training positively influences those who take the courses, Akant pointed to reviews received.

“In our end-of course survey, the overwhelming majority of thousands of course-takers say the skills taught are ‘useful or very useful.’” she said. “Written comments from student and faculty course-takers have also been overwhelmingly positive as well as constructive, and we take them into account when we update our content and functionality.”

Akant said the company is working on a tool to grasp “whether there’s a long-term influence from the courses.”