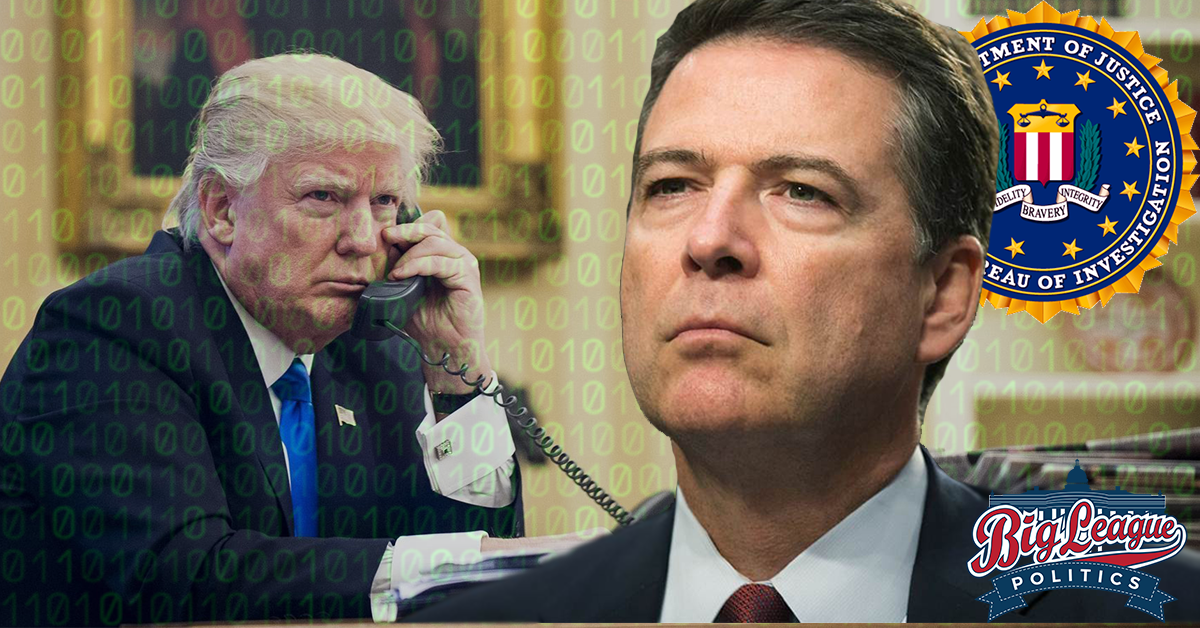 FBI lawyer James Baker has been re-assigned at the bureau as new FBI director Christopher Wray picks up the pieces from fired FBI director James Comey. Baker is a friend and ally of Comey.

Baker possesses 47 hard disks containing data on a massive surveillance operation overseen by John Brennan and James Clapper which allegedly spied on Trump Tower and now-President Donald Trump, according to a whistleblower.

“Montgomery has been in the public eye recently following the bombshell Big League Politics report, “Whistleblowers: James Comey Seized and Buried Information Showing Donald Trump’s Phone Calls Were Spied On (AUDIO).” The article featured interviews with Sherriff Joe Arpaio that were released by a federal judge in Arizona as part of a civil case, and are now preserved on our whistleblower Soundcloud page. Now, with President Trump locked at war with the Deep State, Montgomery is speaking out in public.

“I provided to the FBI seventeen businesses of Donald Trump, including the Trump Tower, the Trump leasing programs, all of these different programs, and including Trump himself and the various family members that had been wiretapped under these programs,” Montgomery said in the interview. “There has been a wiretap on Trump for years.”