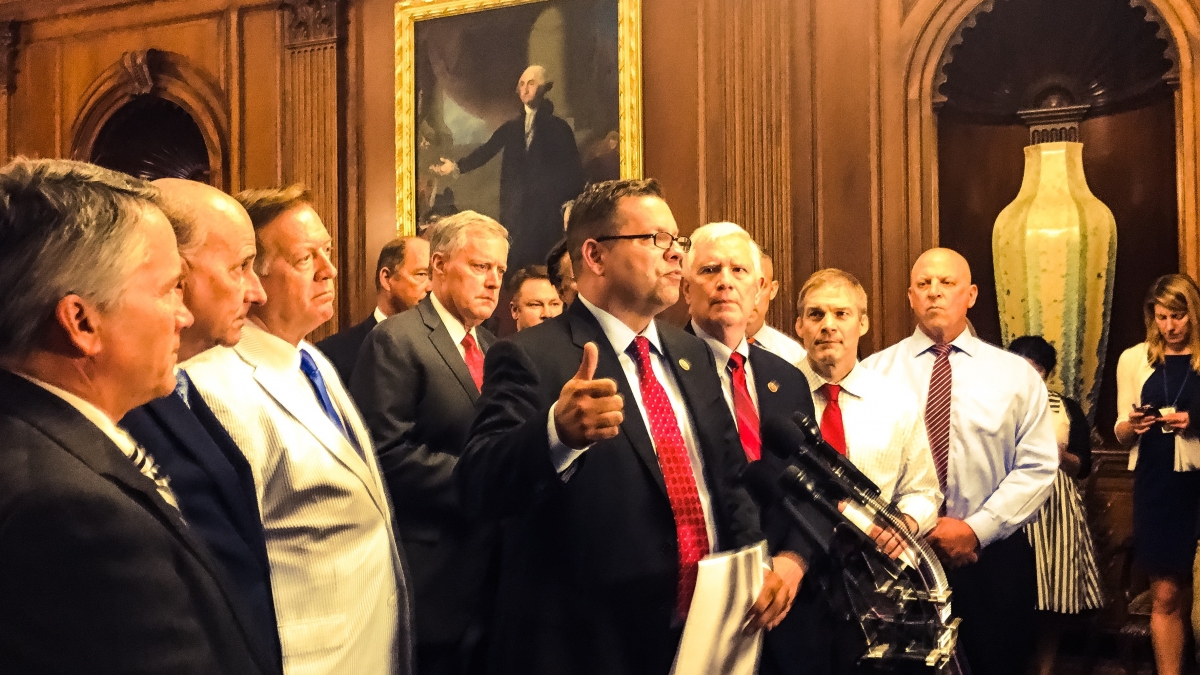 Rep. Tom Garret (R-VA), along with a dozen Freedom Caucus members, announced his intent to file a discharge petition that would put a clean repeal of Obamacare before the House.

The House Freedom Caucus repeatedly argued that the best path to repealing Obamacare revolves around a simple repeal of Obamacare and then replacing the Affordable Care Act with a free-market alternative.

Congress passed a clean repeal bill of Obamacare in 2015 only to have it vetoed by President Obama. Rep. Jim Jordan (R-OH), a former chairman of the Freedom Caucus, reintroduced the same legislation in 2017. However, Congress has not taken up that legislation.

Rep. Tom Garrett announced his intent to file a discharge petition that would put that clean Obamacare repeal bill before the House. Garrett said, “I commend both the President and Republican leadership for working to replace the monstrosity that is Obamacare. However, we have seen discussions for replacement continue to stall and we must change our approach to reforming healthcare.

The Virginia congressman concluded, “The House should lead with an incremental approach by supporting a clean-repeal bill and then enter into replacement negotiations. As such, I just initiated a seldom-used parliamentary procedure to advance H.R. 1436 through a discharge petition. The overwhelming majority of my Republican colleagues cast their vote in support of this legislation in 2015, and I have faith they will do nothing short of that now.”