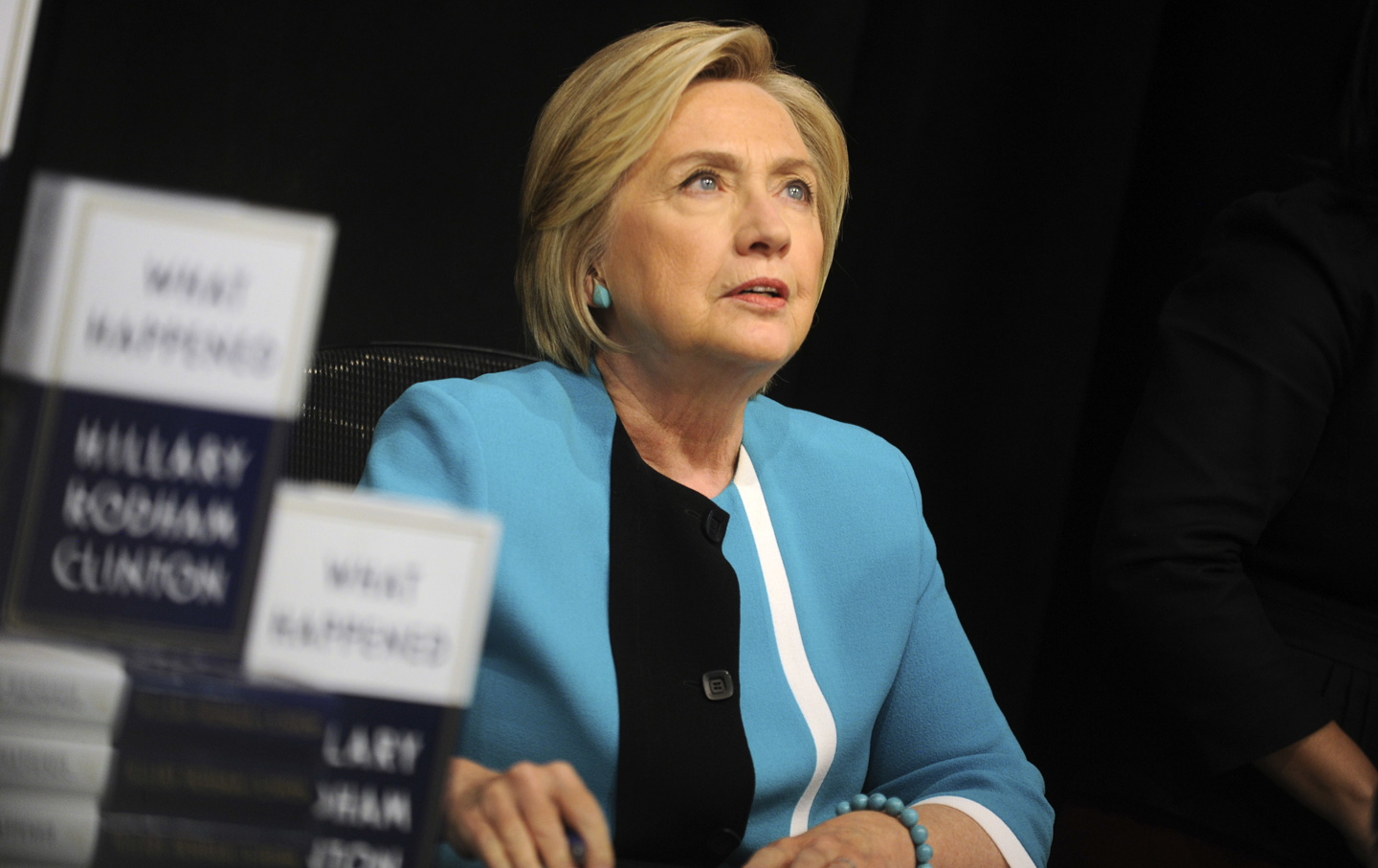 Told wife ‘What Happened’ made her look ‘bewildered, angry and confused’

Hillary Clinton didn’t lose the 2016 election. Everyone else lost it for her.

The two-time loser is now on a tour selling her new book “What Happened” (as if she needs more money). She’s wandering the country and, for some reason, Canada, telling a few hundred people at a time that the world conspired against her when she got absolutely pummeled by Donald Trump in the presidential race.

Now, Edward Klein, an author who has written several books about the Clintons, reports that Bill Clinton tried to dissuade Hillary on her blame-filled book, the New York Post reports. Klein’s got a new book, “All Out War: The Plot to Destroy Trump,” coming out Oct. 30 and he’s got some tasty nuggets in there.

“Before Hillary sent the manuscript to her publisher, she gave it to Bill to read, and he made major changes with a red pencil,” said a close Clinton family friend. “But she refused to even read his corrections, and he got so furious that he tossed the entire manuscript into the garbage.

“He told her the book made her look bewildered, angry and confused, and that those were poor qualities in a person who aspired to be a world leader,” the friend continued.

“He hated the title because calling it ‘What Happened’ would only make people say, ‘You lost.’ He urged her to postpone the pub date and rewrite the book, but she yelled at him and said, ‘The book is finished and that’s how it’s going to be published.’ ”

Klein also writes that Bill told Hillary just a month before the election that she was losing, urging her to campaign in Rust Belt states like Wisconsin, Michigan and Pennsylvania — all of which she lost to Trump.

“She told him he was delusional,” Klein writes.

We’ve often thought the same thing, but in this case, Bubba was spot on.