No wonder she supports communists, terrorists and illegal aliens!

The Gateway Pundit has obtained information that is damning for Minnesota Congresswoman Ilhan Omar.

Omar’s father, Nur Omar Mohamed (aka Nur Said Elmi Mohamed), is connected to the former dictator in Somalia, Said Barre.  Nur and other former Barre accomplices are living in the US illegally. 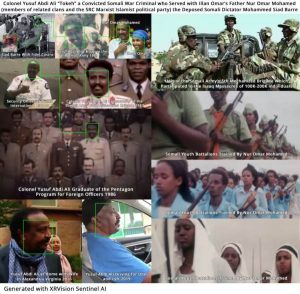 Omar’s father Mohamed, is living in the US.  He and other Somalians like Yusuf Abdi Ali, who killed thousands for Barre, escaped to the West and were not vetted properly before entering the country.  Barre was a dictator and was connected to Cuban dictator Fidel Castro.