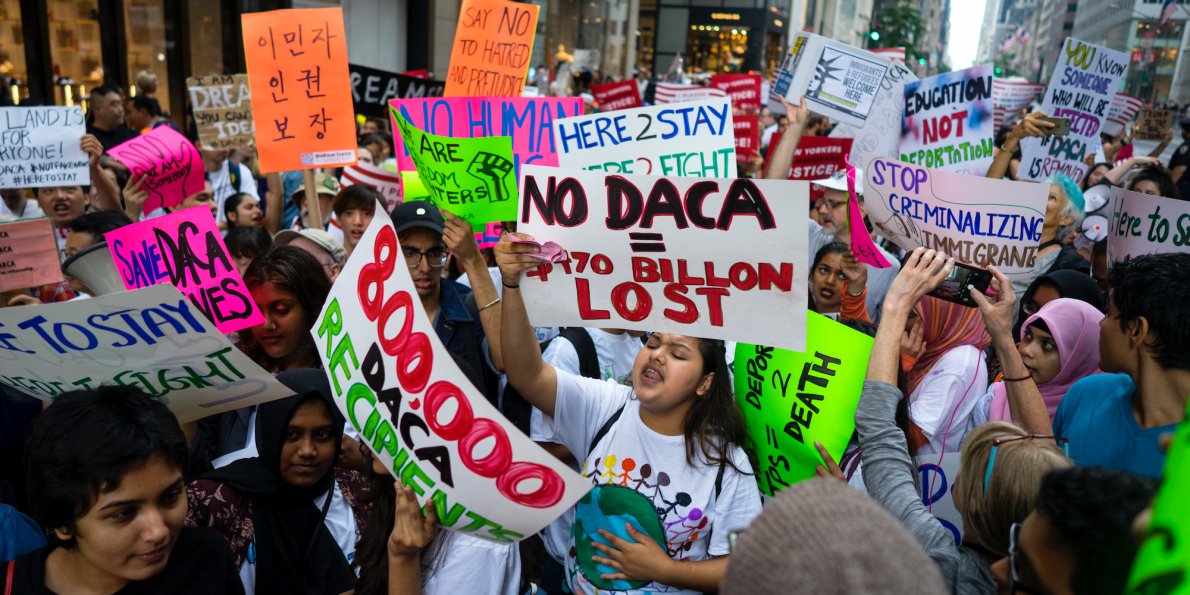 According to Fox News reports, the Trump Administration is set to end the Deferred Action for Childhood Arrivals (DACA) this week, days before a coalition of state attorneys general said they would sue if the program was not ended by September 5:

President Trump, as early as Friday, is expected to announce plans to end the Obama administration program that gave a deportation reprieve to hundreds of thousands of young illegal immigrants, a senior administration official told Fox News.

Trump promised to terminate the Deferred Action for Childhood Arrivals program, or DACA, during the presidential campaign — but since taking office had left the door open to preserving parts of it.

According to the official, Trump is expected to announce the program’s end but will allow so-called “dreamers” currently in the program to stay in the U.S. until their work permits expire – which, for some, could be as long as two years.

White House spokeswoman Sarah Huckabee Sanders declined to confirm the Fox News report on Thursday afternoon. A “final decision on this has not been made … it has not been finalized, and when it is, we will let you know,” she told the White House press conference.