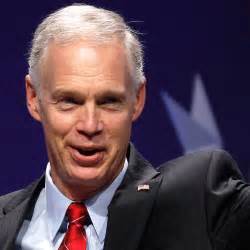 (Don't panic, staffers. @RonJohnsonWI #272 amends the underlying statute to let you back into FEHB. This is about members.)

The OPM rule described the House of Representatives as having only 45 staffers and 45 employees, and the Senate as only having 45 total employees. This means that Congress was portraying itself as a small business and therefore eligible to buy health insurance on D.C.’s Small Business Health Exchange Program (SHOP). SHOP exchanges are normally only available for businesses that employ fewer than 100 people–except for Congress, evidently.

Federal employees receive a benefit that pays up to $12,000 of their premiums through the Federal Employees Health Benefits Program. As it turns out, that kind of employer contribution is illegal under the Affordable Care Act for plans purchased on the individual exchange. To “fix” this, Congress decided to move everyone to the small business exchange, even though Congress is decidedly not a small business.

The Federal Employees Health Benefits Program gives federal employees a choice of health plans and pays up to $12,000 of the premium. But the ACA kicked members of Congress and congressional staff out of the FEHBP, and said the only way they can get health benefits is through an Exchange.

That presented problems beyond just kicking members of Congress out of their health plans. Those $12,000 premium contributions would be illegal in the Exchanges the ACA created for individuals. Since federal law allows employers to contribute to premiums through SHOP Exchanges, though, certain officials decided Congress would enroll in D.C.’s small-business Exchange.

Yet there was a problem with that “solution,” too. The ACA bars businesses with more than 100 employees from participating in SHOP Exchanges. Until this year, D.C. barred businesses with more than 50 employees. When those officials falsely claimed the House and Senate fit under those limits, they did so because they wanted to draw money from the federal Treasury—i.e., a subsidy of up to $12,000 for each member and staffer.

It’s about time that this was corrected. Congress shouldn’t get to play by one set of rules that the rest of the country can’t. Further, Congress is certainly not a small business, and shouldn’t be treated as one. Members of Congress should be subject to the legislation they pass.