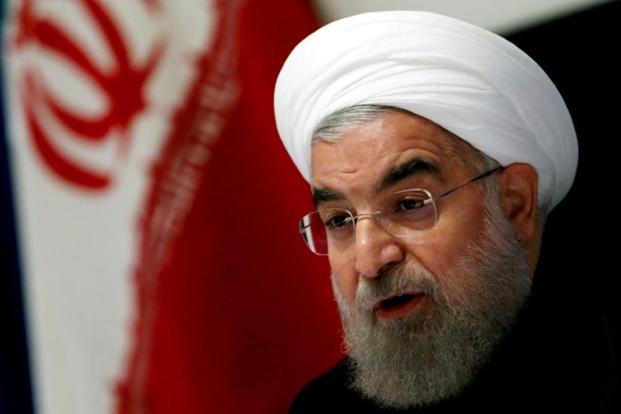 Congress recently enacted the Countering Iran’s Destabilizing Activities Act of 2017, a bill that would enforce sanctions against Iran for its ballistic missile testing. Iranian President Hasan Rouhani, who was reelected in May, insisted that the sanctions violate the nuclear agreement Iran made with the Obama administration in 2015. If we don’t back off the new mandates, he said in a speech Tuesday, then Iran could break the agreement “within hours.”

“If America wants to go back to the experience (of imposing sanctions), Iran would certainly return in a short time — not a week or a month but within hours — to conditions more advanced than before the start of negotiations,” Rouhani told a session of parliament broadcast live on state television.

As Hot Air’s Ed Morrissey notes, Iran’s threat is moot. Rouhani’s words only have weight if the reality is Iran ever stopped its nuclear development.

Fox News has some more details to suggest that Iran is chugging along with its nuclear program.

In June, the National Council of Resistance of Iran revealed details of the escalation of the Iranian missile program, proving the nuclear threat to be real. The opposition coalition identified more than 40 sites for missile development, manufacturing, and testing, all of which were under the control of the IRGC. What’s more, at least one of those sites was known to be collaborating with the Organization of Defensive Innovation and Research, known by its Farsi acronym SPND, the institution tasked with weaponization activities related to the Iranian nuclear weapons program. SPND activities have continued since the JDPOA.

These revelations render President Obama’s A+ one year review of his supposedly peaceful nuclear deal with Iran last year meaningless.

In the meantime, the U.S. is also dealing with nuclear threats from North Korea, whose aggressive rhetoric has been met with unflinching responses from President Trump and his Defense Department.