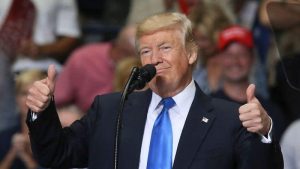 San Diego State University is offering a new course on impeaching Trump. After public outcry, they tried to scrub Trump’s name from the course but their intentions were clear.

After receiving significant public backlash, San Diego State University has tweaked the name of a course that it claims was never about removing President Trump from office.

According to The San Diego Union Tribune, the university announced Wednesday that the original course title–“Trump: Impeachment, Removal, or Conviction?”–was “inconsistent with the course content described,” and that the title will be revised to excise Trump’s name. […]