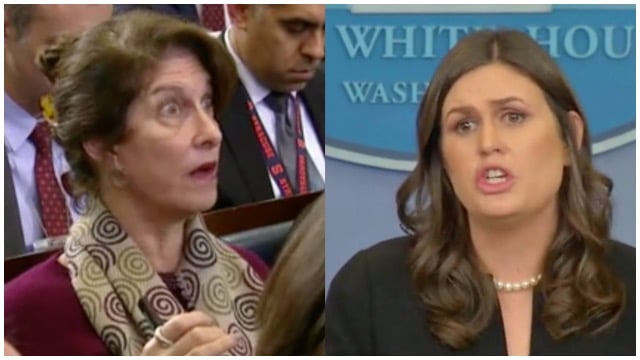 President Trump recently tweeted about NY Sen. Kristen Gillibrand, saying the ‘lightweight’ would ‘beg’ him for campaign contributions and was willing to do ‘anything.’ The left has taken this to be a sexist remark. A reporter asked Sarah Sanders what 45 received for his donations, to which she replied ‘access.’ Then Sanders was asked about Trump and corruption. The WH press secretary proceeded to drop a two-word bomb: Hillary Clinton.

Then Sanders dropped the fire:

(First reported by John Roberts and published by the Right Observer)  http://rightobserver.com/sarah-sanders-asked-if-trump-is-corrupt-her-two-word-answer-silences-the-room-watch/  (December 13, 2017)