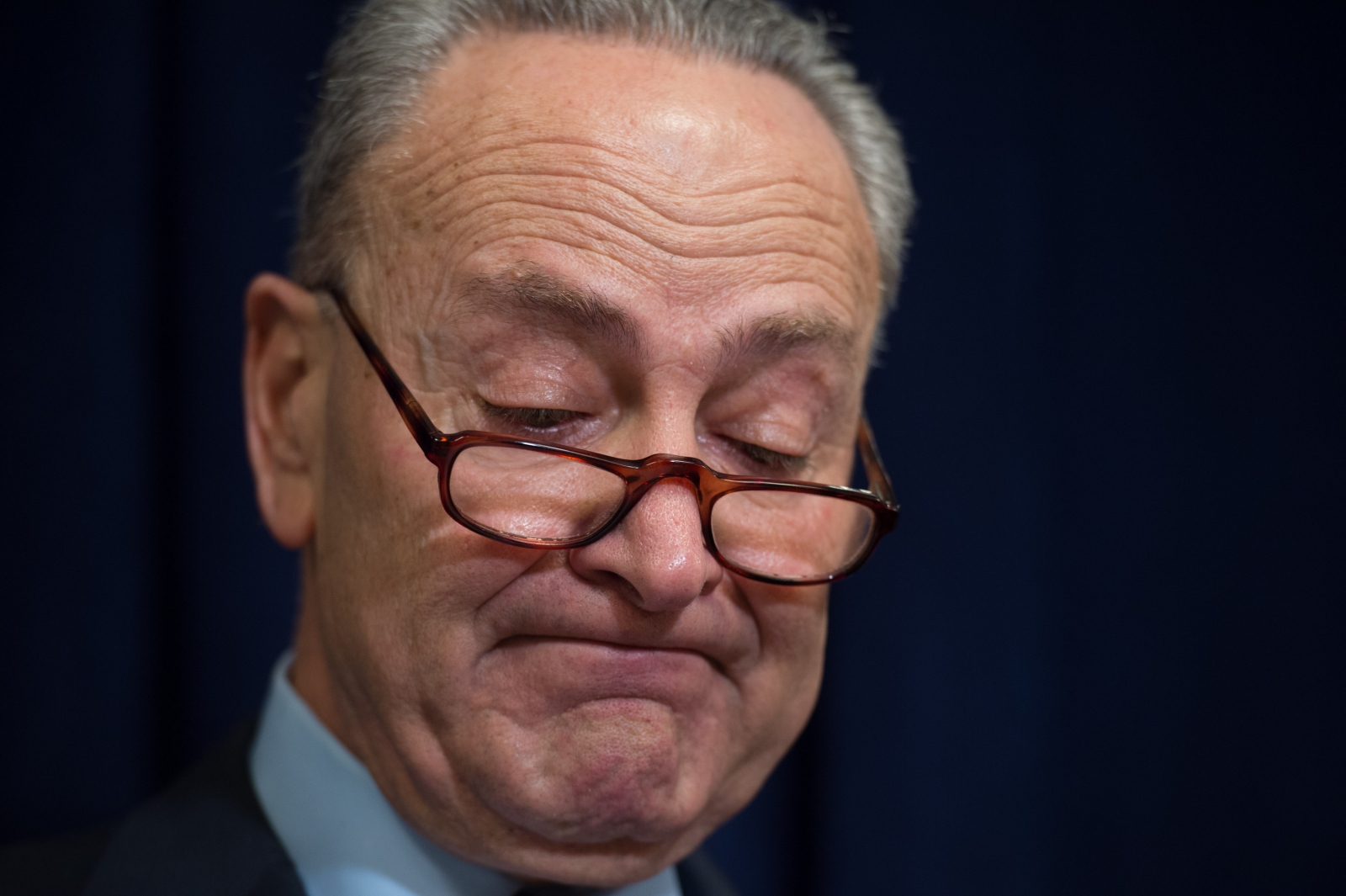 Senate Minority Leader Chuck Schumer is apparently so bitter about losing Obamacare that he is blocking any attempts to hold confirmation hearings for President Trump’s nominee for deputy defense secretary. Sen. John McCain (R-AZ) tried to get Boeing executive Patrick Shanahan a swift floor vote, considering the current man in the job, Bob Work, is leaving his post on Friday. But, he was denied by Schumer – twice.

Health care appears to have something to do with it.

“We’d be happy to consider the nominee in regular order and maybe once things change a little bit in healthcare we can, with the consent of my friends on this side of the aisle, move a lot of things quickly,” Schumer said.

Democrats are predicting complete catastrophe if the GOP follows through in its effort to repeal and replace the Affordable Care Act. Nancy Pelosi called it “a very sad, deadly joke.” Rep. Robin Kelly (D-IL), predicted that the bill ” will kill thousands of Americans every year.”

As Democratic leadership continues to seek revenge over the GOP’s plans to dismantle Obamacare (or losing the 2016 election), it’s not just the Pentagon that is being impacted. Several judicial nominees are stuck as Democrats withhold “blue slips” from the Judiciary Committee.

Democrats may be pleased to hear that the Republican health plan has yet to garner enough votes to pass.