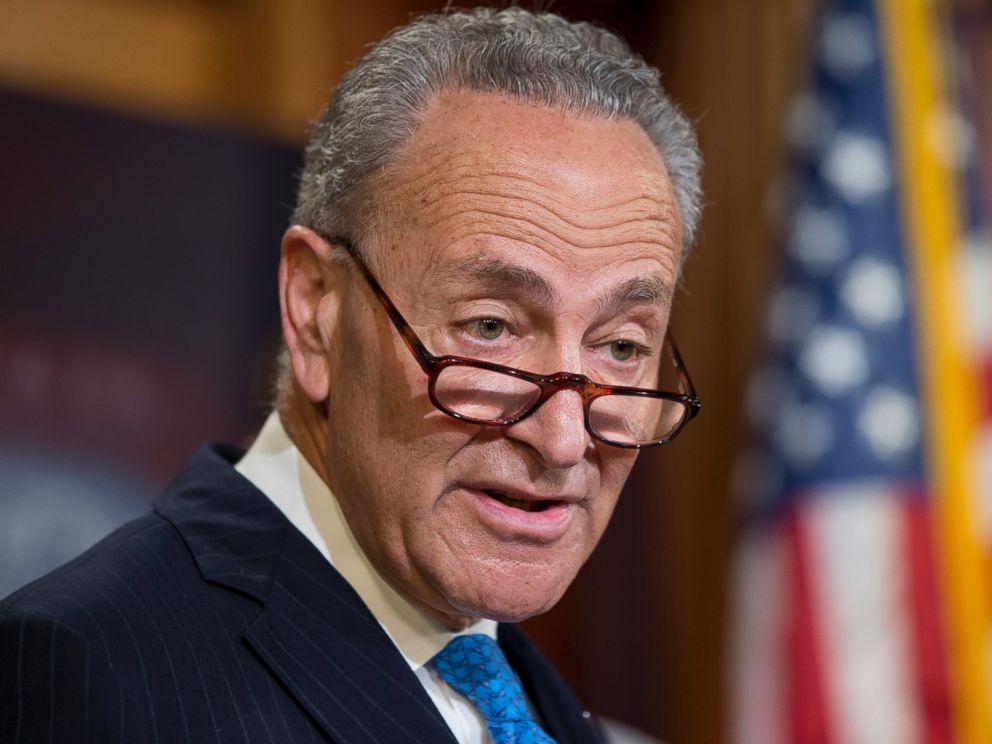 “In that meeting, we agreed to pass aid for Harvey, a continuing resolution and an increase in the debt ceiling, both of those until December 15th,” Schumer said.

Republicans opposed the Democrat proposal to do all three things at once, and they wanted a much longer-term extension of the debt ceiling. But they lost.

Schumer said President Trump “listened to the arguments … And to his credit, he (Trump) went with the better argument.”

“This is a really positive step forward. It’ll work to quickly provide aid to those hurt by Harvey; it’ll avoid default; and it’ll fund the government, avoiding a shutdown. And we all agreed we’d work together in December as well to avoid a default,” Schumer said.

So it was a really good moment of some bipartisanship and getting things done. No one standing in their corner.

Now, we have a lot more to get done, and we hope we can work in the same bipartisan way on the issues that remain before us that we did at the meeting this morning.

We Democrats are absolutely committed to protecting DREAMers. And again, we reiterated our desire that Republican leaders put the DREAM Act on the floor immediately.

If the House and Senate Republican leaders put the DREAM Act on the floor, it would pass, and it would pass by a significant margin, is our belief. So let’s do it. Dick Durbin, who’s been such a leader on this, will talk about it in a minute.

We also must provide further stability to our health care system, which will help keep costs down for millions and millions of Americans. Patty Murray is working very closely with Lamar Alexander on that issue, and you’ll hear from her on that.

And we need to come up with long-term government funding deals that keep us safe and fund programs that will help to build the middle class.

Today was a good day in a generally very partisan town. And let’s hope we can continue to work together for the good of Americans, for the good of the working families who so much need our help. That will be our goal as a caucus.

At the same news conference, Sen. Dick Durbin (D-Ill.), a co-sponsor of the DREAM Act, thanked Sen. Schumer and House Minority Leader Nancy Pelosi for “making it clear with President Trump today that the DREAM Act and the passage of it, a clean DREAM Act, is the highest priority that we need to get done.”

Speaking after Durbin, Schumer said for Democrats, the DREAM Act is a “moral” issue: “These people have worked hard for America, they want to be Americans, they’ve registered. And now we’re going to tell them ‘Leave the country?’

“Huge damage to families, huge damage to the economy. And so we — this is not a tradeoff for us. This is a very important issue that we’re going to fight hard for until we get it done.”