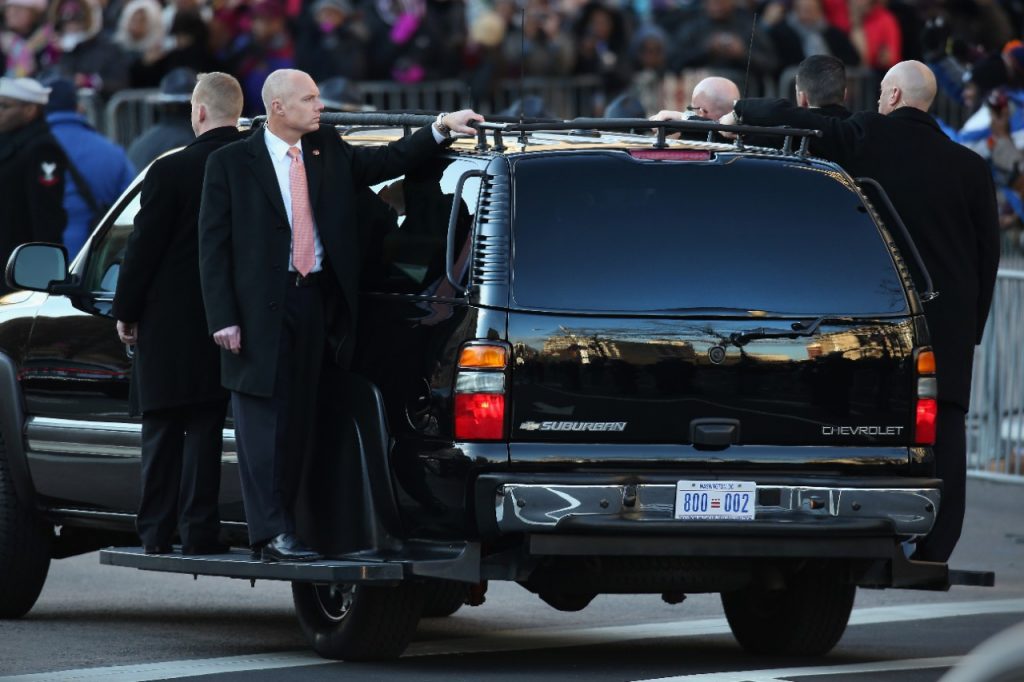 As the U.S. Secret Service sought greater diversity in its ranks, the agency lowered its standards, former agent Dan Bongino says in a new book on the inner workings of the government agency assigned to protect the President of the United States. This accusation has led to a war of words between the former agent and the agency he used to work for.

The lowering of standards has been ongoing since at least “the early 2000s,” according to the book.

“Sadly, and for many years, the Secret Service has been sacrificing mission-readiness at the altar of political correctness,” Bongino writes in “Protecting The President: An Inside Account of the Troubled Secret Service in an Era of Evolving Threats,” out Tuesday.

Bongino worked for the Secret Service from 1999 to 2011. He has since run for the U.S. Senate, and twice for the U.S. House. He was an instructor at a training academy from 2002 until 2006, when he became part of the U.S. Presidential Protection Division.

“The Secret Service’s attachment to quota-based hiring was so intense that they hired applicants for the special agent and Uniformed Division officer positions that could barely meet basic physical fitness standards upon their commission as agents or officers,” the book contends.

Bongino’s insider account cites recent security breaches at the White House as the fault of the agency’s hiring practices.

“If you are a Secret Service special agent or an officer, and you are on duty when a catastrophic assault occurs on the White House grounds, or when an attack on the president occurs, and you’re the one closest to the president when he trip and fall in the evacuation and you can’t muster the physical strength to lift him and carry him to safety, then it’s not your fault,” Bongino writes. “This is the Secret Service’s fault for hiring someone so completely incapable of carrying out its most basic mission requirements.”

Bongino writes, “As a Secret Service recruiter, a background investigator, and agent, and an instructor for the Secret Service training academy, I saw the hiring process from inception to swearing-in.”

The book goes on to give examples of standards being shunned when it was politically correct to do so.

“Halfway through my tenure as am instructor in the training academy,” Bongino continues, “I was told by an upper-level manager assigned to the academy that one student, who was having extreme difficulty meeting performance standards on any of the physical or tactical exercises, was to be ‘left alone’ because the trainee ‘knew the system.’ This manager was referring to the Equal Employment Opportunity complaint system.”

Sensing this would be a sensitive topic, Bongino addresses his apprehension of discussing the subject in the book. He writes he hesitated to include this information in his book “because whenever someone mentions the term ‘diversity’ and discusses the real-world implications of applying such a loosely defined term to a specific job description, he or she runs the severe risk of character assassination by extreme partisan actors who don’t care a bit about the real-world ramifications of their ideological crusades.”

Bongino says he is not alone in his observations.

He writes, “if rank-and-file agents were given the opportunity to speak about the impact of the Secret Series of this obsession with racial and gender quotas without fear of retribution, many of them would tell a troubling tale. I know this because I lived it, and I spoke with agents during my career from different races and genders who felt that this problem was destructive to agency morale.”

The book is also a detailed explanation of how agents protect their assignments from all manner of threats. It also includes an exploration of Hillary Clinton’s treatment of agents in her protection detail on the day she collapsed during the 2016 campaign, and warns about how the agency is spread too thin, leading to mass attrition and low morale.

“Secret Service recruits are subjected to rigorous physical fitness standards which must be met prior to their commissioning. Employees are also tested on their physical fitness on a quarterly basis throughout their careers,” the agency said.

“Mr. Bongino’s opinion brings discredit upon the men and women he claims to fully support.”

Reached for comment, Bongino told The Daily Caller, “Brings discredit? I was there, I saw what happened and I left names and embarrassing details out to avoid additional embarrassment to the managers involved. I suggest they seriously rethink their PR strategy here and focus on fixing the problem both I, and others, have highlighted. The Secret Service belongs to the tax payers, not the managers.”