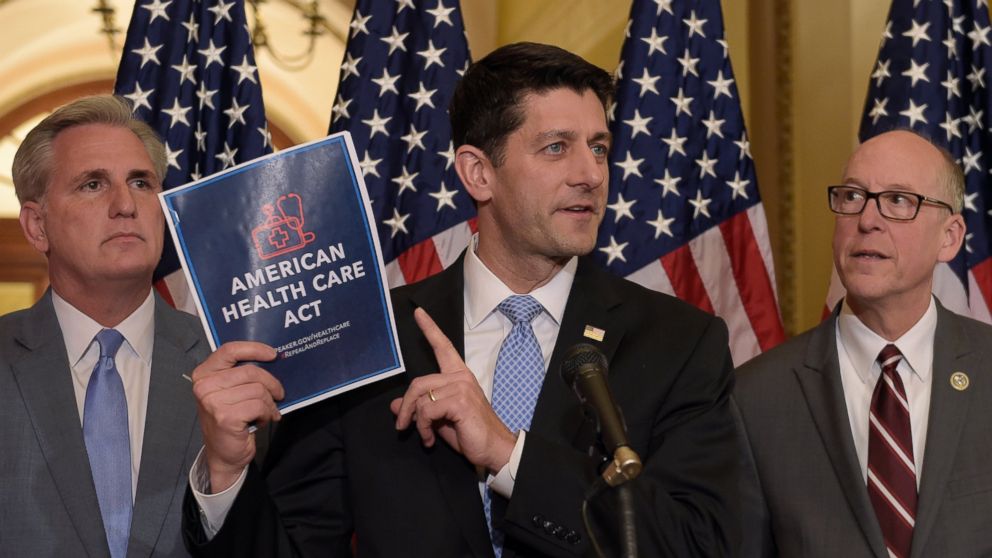 Senate Republicans’ proposal to replace Obamacare would provide an additional $50 billion over four years to stabilize insurance exchanges, relying on a mechanism Republicans have criticized in the past as a way to keep insurers in the marketplace.

The plan, released Thursday after months of closed-door meetings, includes $15 billion a year in market-stabilizing funds over the next two years and $10 billion a year in 2020 and 2021. These payments would come in addition to cost-sharing subsidy payments, which would be extended through 2019.

Senate Majority Leader Mitch McConnell has previously said he wants the full Senate to vote on the measure next week, but it’s not clear if the GOP will have the votes to pass it.

Read the full text of the draft bill here

The bill will “ultimately transition away from Obamacare’s collapsing system entirely so more Americans won’t be hurt,” McConnell said Thursday on the Senate floor, although he didn’t say when he will bring it to the floor.

The draft bill also would provide $62 billion allocated over eight years to a state innovation fund, which can be used for coverage for high-risk patients, reinsurance and other items. The draft bill would phase out Obamacare’s expansion of Medicaid over three years, starting in 2021.

The 142-page bill, H.R. 1628, will be subject to significant revisions — McConnell earlier in the week called it a “discussion draft” — giving moderates and conservatives the potential to claim wins later as it heads to the floor if they are able to secure changes.

The Senate draft bill retains Obamacare’s subsidy formula — basing assistance on income and the cost of an insurance plan — but makes the aid somewhat less generous. Subsidies would be cut off for individuals making 350 percent of the poverty level, rather than the 400 percent limit under Obamacare. And the subsidies would be based on the cost of a less-generous bronze-level plan, rather than a silver-level plan.

To be eligible for the tax credits, plans couldn’t cover abortion costs unless the procedure is done to save the life of the mother or in cases of rape or incest.

The bill caps federal spending on the Medicaid program for the poor in a manner similar to the House bill. But it moves to a more stringent cap, using a broad measure of inflation, rather than medical inflation, beginning in 2025.

Like the House bill, the Senate version effectively ends both the employer and individual mandates to buy health insurance.
Republican Senator James Inhofe of Oklahoma said Thursday that the bill has his support.

“It does, but it’s just a starting point,” he said.

The legislation is expected to result in millions of people losing insurance when evaluated by the Congressional Budget Office — an estimate the No. 2 Senate Republican, John Cornyn of Texas, said he expects by Monday. The CBO said the House-passed bill would result in 23 million fewer people with insurance by 2026.

Republicans negotiated with the Senate parliamentarian to see which pieces of their emerging draft comply with rules governing the use of a mechanism allowing the bill to pass the Senate with only 50 votes, plus the support of Vice President Mike Pence.

If a majority of senators vote to bring the bill to the floor next week, it would then face 20 hours of debate followed by votes on a potentially unlimited number of amendments. Republicans would have to hold together against numerous Democratic amendments — which would likely be aimed at making them choose between tax cuts or higher benefits for the poor and the middle class — and then vote for final passage.

A Senate-passed bill would then go to the House, which would have the choice of approving the Senate version and sending it to President Donald Trump’s desk or negotiating a compromise version, which would then have to pass both chambers.