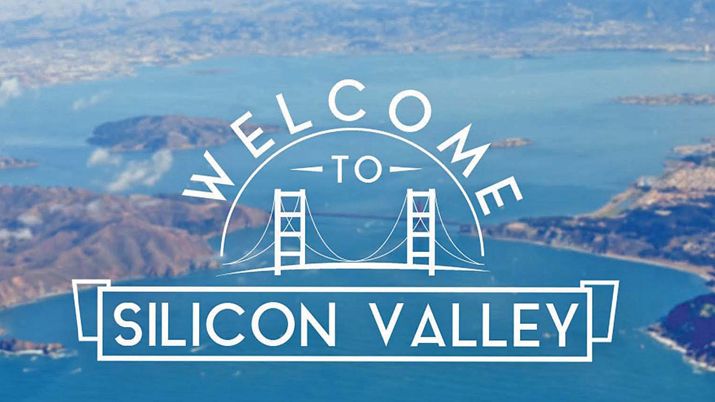 Political totalitarianism is coming to America, and it is being ushered in not by government thugs in jackboots but by progressive activists and their allies in Silicon Valley.

In a chilling oped published in The New York Times on July 14, Lisa Feldman Barrett, a professor of psychology at Northeastern University, argued that so-called “hate speech” is the same thing as physical violence because it may possibly cause emotionally fragile individuals stress — and should be made illegal.

Thankfully, the First Amendment prohibits the federal government from following such advice, but online companies are taking it upon themselves to stamp-out so-called “hate speech,” strangling free speech and the free exchange of ideas in the process.

A number of troubling actions by internet companies — Google most prominent among them — are making it increasingly clear that some in Silicon Valley have proclaimed themselves defenders of the progressive, politically correct faith, and that those firms will silence any and all heretics who challenge those beliefs.

“Silicon Valley lives in a politically regressive, exclusive bubble. They are not aware of their own biases in how they talk, have a limited understanding of the philosophy behind free speech, and find it difficult empathizing with other points of view,” said Aaron Ginn, co-founder of the Lincoln Network, a think tank that seeks to promote libertarian ideas in the tech industry.

But Google not only has difficulty empathizing with other points of view — it is also actively trying to suppress them. Google recently made the controversial decision to fire engineer James Damore for authoring an internal memo questioning the company’s ideologically motivated diversity practices and highlighting sound scientific research suggesting that possible biological differences between men and women, not discrimination, could be a factor in the tech field’s high percentage of men.

In the aftermath of Damore’s firing, a number of anonymous current and former Google employees have come forward to reveal the full extent of the company’s efforts to silence right-wing voices. One anonymous employee identified as “Hal” told Breitbart News last week that some employees in Google’s ad sales department are “openly encouraging Adwords customers to pull their ads from Breitbart and Rebel Media.”

Another anonymous employee under the alias “Emmet” confirmed this with Breitbart News, and also revealed the existence of “efforts to demote anything non-PC, anti-Communist, and anti-Islamic terror from search results.”

“Emmett says he personally witnessed efforts from leftists within Google to bias YouTube’s algorithms to push anti-PC content off the platform’s ‘related videos’ recommendations,” Breitbart reported. “The software could just ‘astroturf’ your Related Videos section [an effort to hurt overall ratings], and you would be none the wiser,” said Emmet.

“Sure, if you know what to look for, perhaps you’d notice,” he continued. “But the vast majority of the viewership would never ever know. That’s the whole point of such a disinformation program, right? If you can tell it’s disinformation, you would never, ever believe it.”

People familiar with the process have told reporters recently that YouTube, a subsidiary of Google, is also laboring to cleanse its platform of alternative voices that challenge the mainstream liberal narrative. The social media video-sharing site has in the past few months systematically demonetized videos of right-wing commenters and journalists, such as Infowars editor-at-large Paul Joseph Watson and former Rebel Media reporter Lauren Southern.

But the latest commentators to fall victim to this practice are far less controversial: YouTube celebrities and vocal Trump supporters Diamond and Silk. The duo discovered last week that a number of their videos — including one that is two years old — were suddenly demonetized. They have vowed to fight YouTube’s efforts to suppress conservative voices and have even raised the possibility of legal action.

“The same video that is being demonetized has been monetized for two years, so how was it suitable for our advertisers for two years and now all of a sudden there’s an issue?” Silk told LifeZette in an exclusive interview.

The pair say the demonetization is a transparent attempt at censorship. “How can [YouTube] oust us and say [we’re] not suitable for all advertisers?” said Diamond. “Have you spoken to each and every one of you hundreds of thousand of advertisers and said, ‘Hey do you want to advertise around Diamond or Silk, yes or no?’ or are you as YouTube making this decision for your advertisers?”

“We’re being discriminated against because first of all, we’re two black people, we don’t fit the norm — we’re black, Republican conservatives, and we support our president,” said Diamond. “What they want to do is control the narrative.”

“They’re putting our videos in a category now as being extremist or ‘hate speech,'” said Silk.

“And that’s not fair because now that’s defamation,” Diamond added.

The duo, which gained even more recognition for their consistent support of Trump during the presidential race, wants YouTube to remonetize not just their videos, but also those of other right-wingers who have had their livelihoods altered in a similar fashion.

“We want to give YouTube the opportunity to make this right, to be inclusive instead of exclusive. We want them to include people and not leave out conservative voices,” Diamond said.

But “if YouTube does not make this right, then we have to take this a step further,” said Diamond. On Thursday the two tweeted, “We Smell A Class Action Lawsuit,” and confirmed with LifeZette that they are prepared to follow through on the threat.

“Listen, they can regulate, but you can’t discriminate while you regulate,” she said.

“Because what they’re trying to do is dominate, and that’s unfair,” Diamond said. “It’s unfair that we allow Google and YouTube to team up together and really monopolize a sector of the internet.”

Unfortunately it’s not just Google. On Thursday, Watson of InfoWars posted a YouTube video titled “I Won’t Be Around Much Longer,” in which he revealed that “they banned me on Facebook because of a video I posted 18 months ago,” and went on to posit that if digital platforms continue at the current rate, Silicon Valley will have soon entirely purged all right-wing voices from mainstream social media.

But although social media sites such as Facebook and Twitter are already known among conservatives for suppressing even mainstream right-wing voices, despite allowing controversial content from the far Left and even radical Islamists to remain online unmolested — non-social-media sites have also begun to target right-wing dissidents.

A number of online right-wing commentators — including Southern and former Students for Trump director and independent journalist James Allsup — have even had their Paypal, GoFundMe, or Patreon accounts canceled because of their perceived “support” for “hate speech.”

These attacks, not just on people’s free speech, but also on their livelihoods, represent a fundamental and chilling acceleration of the progressive Left’s attempts to control thought and debate within society.

“Liberals can’t have this one-sided. This works both ways,” said Diamond.