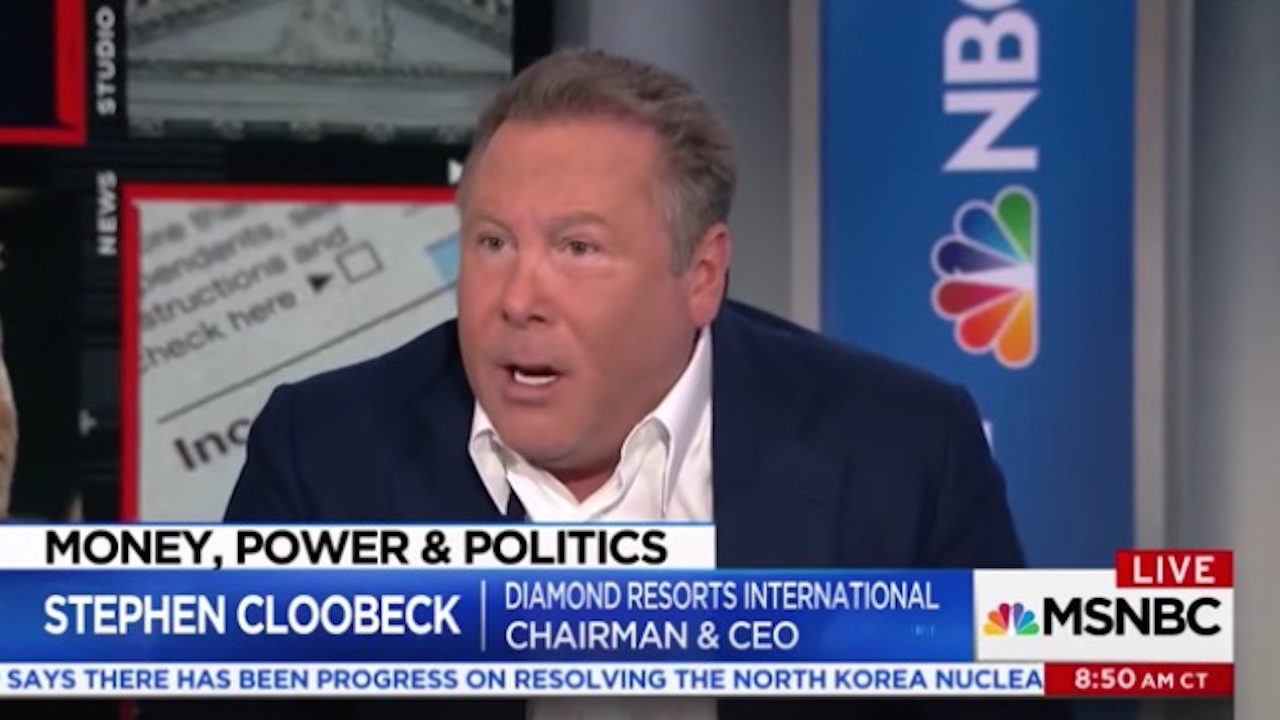 A major Democratic donor blew his top on live TV after he couldn’t contain his frustrations with his party’s class warfare any longer.

Stephen Cloobeck, chairman and CEO of Diamond Resorts in Las Vegas, appeared on MSNBC today and let it rip.

“When Democrats continue to say, ‘Down with the billionaires! We can’t stand the rich!’ a lot of people want to be rich,” host Stephanie Ruhle asked Cloobeck, who reportedly gave over $500,000 in hard dollars in 2016, according to OpenSecrets.org.

“So is it the right message that the Democrats are going with?” she asked.

“Because it’s aspirational,” Cloobeck said of being wealthy.

“I didn’t start with anything. Just penalize everyone that’s done well? We all want to do well. And we should be the party of doing well. We should be a party of business and leadership. And it is very, very disturbing when I hear the ‘billionaire’ or ‘millionaire’ word,” the CEO said.

“And I told them to stop it, knock it off. Because everyone wants to do really well. And this is the world of aspirations,” he added.

“And are you worried that the Democratic Party goes too far to the left?” Ruhle asked the guest.

“So much so it drives me nuts!” Cloobeck said. “So much so it would make me quit the party. And I’ve made it very clear, I’ll cut your money off. And others will do the same. We’ve had enough,” he declared.

Just last week, one of the Democratic leaders Cloobeck said he’s expressed his frustrations to, Nancy Pelosi, went after wealthy Americans during a press conference.

The House Minority Leader said Trump’s tax cut amounted to a “buffet for the rich” and “crumbs for the poor.”

“They spread out this banquet for the wealthiest Americans, for corporate Americas,” she said of the Republicans’ plan, “and they throw a few crumbs to the middle class and then they take them away.”