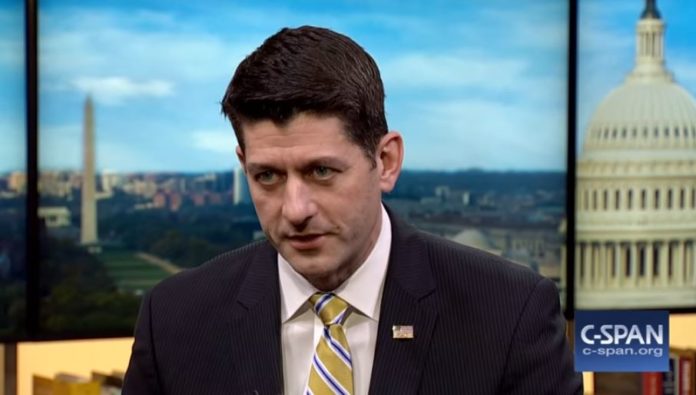 In a free-wheeling interview on C-SPAN, Speaker of the House Paul D. Ryan Jr. (R.-Wis.) debuting Friday, the Wisconsin Republican said he did not treat seriously the attempts by Democrats in high-tax states, such as New York, New Jersey and California, to reclassify state and local taxes as charitable contributions.

The Tax Cut and Jobs Act, signed by President Donald J.Trump signed Dec. 22 after 275 amendment proposed and 29 separate roll call votes in the House and Senate capped the amount of state and local taxes that a tax filer is allowed to deduct from their federal taxable income at $10,000.

“I don’t think that will work anyway,” said Ryan, who was briefly the chairman of the House Ways and Means Committee, the panel with jurisdiction over the tax code, before taking the gavel Oct. 29, 2015.

“That’s just not going to work,” he said. “I can’t imagine the Treasury and IRS are going to even let that happen.”

The speaker said he had no plans for a legislative retort to the efforts in high-tax states.

Watch this excerpt from the Speaker Paul D. Ryan Jr. (R.-Wis.) with C-SPAN:

New Jersey Democrat Rep. Joshua S. Gottheimer, a former speechwriter for President William J. Clinton, has proposed that wealthy Garden State residents be allowed to voluntarily make the contributions that would be tax-deductible.

In California, state and local taxes would be treated as contributions to the California Excellence Fund.

Although Trump is knocked for his superlatives, in this bill, he did outdo President Ronald W. Reagan in regards to the deductibility of state and local taxes. In Reagan’s massive 1986 tax reform bill, he and Capitol Hill conservatives tried to eliminate the deduction altogether, but it was saved by the valiant efforts of Gov. Mario M. Cuomo.

For conservatives, the problem with the SALT deductions is how they shift the burden of taxes in high-tax states to the U.S. Treasury and in effect have Americans in low-states subsidizing that burden in those high-tax states.