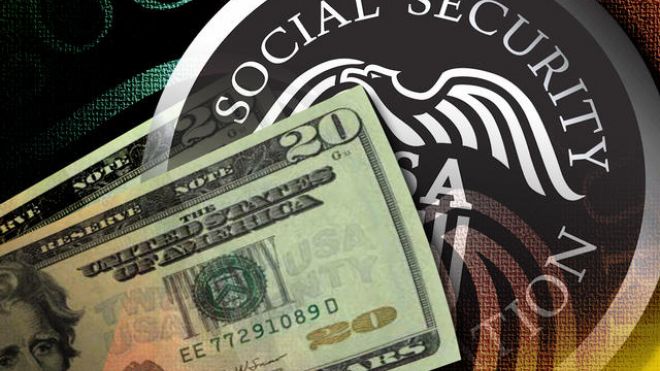 Social Security will be able to pay out full benefits to eligible recipients until 2034—a five year increase in the fund’s solvency since last year’s Social Security Administration Trustee Report—according to SSA Chief Actuary Stephen Goss.

Speaking at the American Enterprise Institute on Wednesday, Goss credited the extension of the fund’s solvency to a drop in Disability Insurance applications since the spike in applications that resulted from the 2008 economic downturn. Applications peaked at 2 million in 2010, up from 1.5 million in 2007. Since 2013, however, numbers have been steadily dropping. Right now, the number of DI applications is below the number of applications at the height of the last market cycle in 2007.

“Eventually we’ll reach the same high numbers of applications that we had before, but this current dearth is showing an increase in the fund’s longevity,” Goss said.

Andrew Biggs of AEI said a drop in DI applications as the main reason for the extension of the fund’s solvency should not necessarily be cause for optimism. The drop in DI applications could have occurred for a number of reasons, including changes in SSA practices and policies, along with extrinsic medical and economic considerations.

“I know there’s a narrative that says that all is well, but if you look at the numbers, you’ll see that all is not well,” Biggs said.

The drop in the number of applications stems more from a drop in labor force participation than anything else, according to Biggs. Fewer people working would account for fewer people with the ability to apply for DI through work.

“I think there’s a subtler story of what’s going on,” he said.

Goss also addressed the issue of Social Security’s sustainability past 2034.

“You may remember a guy named Malthus who said we were going to overpopulate the world and run out of food,” Goss said. “Well, we averted one problem, but we have a different challenge now.”

Because of the aging baby boomer population, Social Security’s revenue has fallen to about 4.6 percent of the nation’s GDP, while the cost has risen to 6.1 percent of the GDP. Goss said legislators need to reverse this trend to make Social Security sustainable, either through increasing revenue in order to pay the full cost or by reducing the cost to match current revenue.

“Congress has a straightforward decision to face. They have to either lower the level of scheduled benefits by about a third by 2034 or raise the revenue by about a third. Or some combination of the two,” he said.

Paul Van de Water of the Center on Budget and Policy Priorities said another reason DI applications have dropped is because the benefits have become more difficult to obtain. But as this trend is not likely to last, he suggested that Congress work in a bipartisan effort to make Social Security sustainable.

“This is a manageable challenge: reduce benefits or increase taxes,” he said. “Of course there are very disparate views on how to deal with this problem in Congress.”