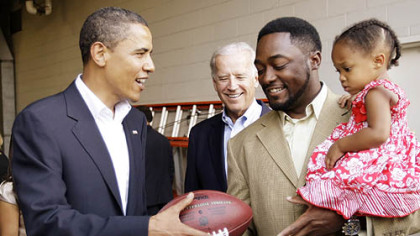 Tomlin hosted the event with his wife on June 14 with supporters required to pay $33,400 to meet Clinton — those who couldn’t afford to pay that amount to meet a woman claiming to represent the middle class were given the option of simply paying $10,000 to attend.

.@CoachTomlin and his wife to host @HillaryClinton fundraiser at their #Pittsburgh home. Up to $34K per person. pic.twitter.com/eZLO2vsn8j

Tomlin’s recent involvement in politics is noteworthy since he decided on Sunday to keep his team from participating in the national anthem – a move that many saw as aligning closely with the Democratic Party and leftist agenda.

“We’re not going to play politics,” Tomlin said before his team kicked off against the Chicago Bears. “We’re not participating in the anthem today. Not to be disrespectful to the anthem, but to remove ourselves from the circumstance.”

Tomlin’s decision, however, was interpreted by many as a political statement, which was amplified when former Army Ranger Alejandro Villanueva, the team’s left-tackle, made his way out on to the field to honor the anthem while the rest of his teammates waited in the tunnel.

The Tomlins’ fundraiser for Clinton last year was far from the first time the couple has raised money for left-wing politics; the two previously donated an amount higher than the average American salary to help re-elect President Obama.

“The coupled donated a total of $70,000 to the Obama Victory Fund in 2012,” CBS Sports noted in June 2016. “That money came on top of a $25,000 donation that Kiya Tomlin made to Obama’s Victory Fund in 2008. Kiya has also donated a total of $2,700 to Hillary Clinton’s presidential campaign, which is the maximum individual donation allowed by law.”