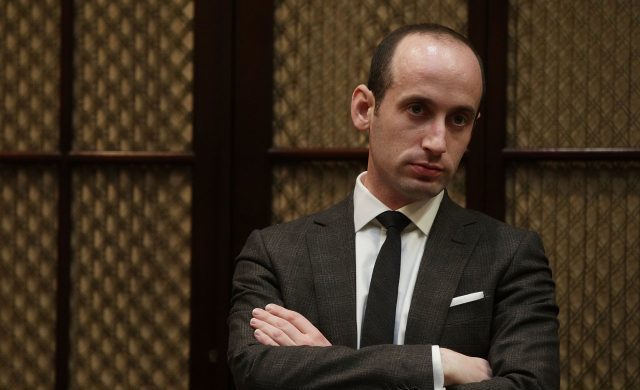 Senior Advisor Stephen Miller went on an absolute tear today as he expanded on a new legal immigration bill supported by President Trump. The New York Times’ Glenn Thrush got destroyed after questioning the merits of the bill.

Miller cited specific authors of studies reiterating his point, but Thrush pushed back on Miller’s comments.

Miller then jokingly told Thrush that they could make a carve-out in the bill to specifically allow the New York Times to take in as many unskilled workers as they want, at the cost of creating jobs for American citizens.

“The New York Times can hire all the low-skilled less-pay workers they want from other countries and see how you feel,” Miller said to Thrush.

Miller to CNN: Maybe it's time we had compassion for American workers. https://t.co/ZTGMBjIWvq

Author Ann Coulter was loving the presser by Miller, calling it the best moment since the inauguration.

This press conference is the best moment of the Trump presidency since the inauguration.