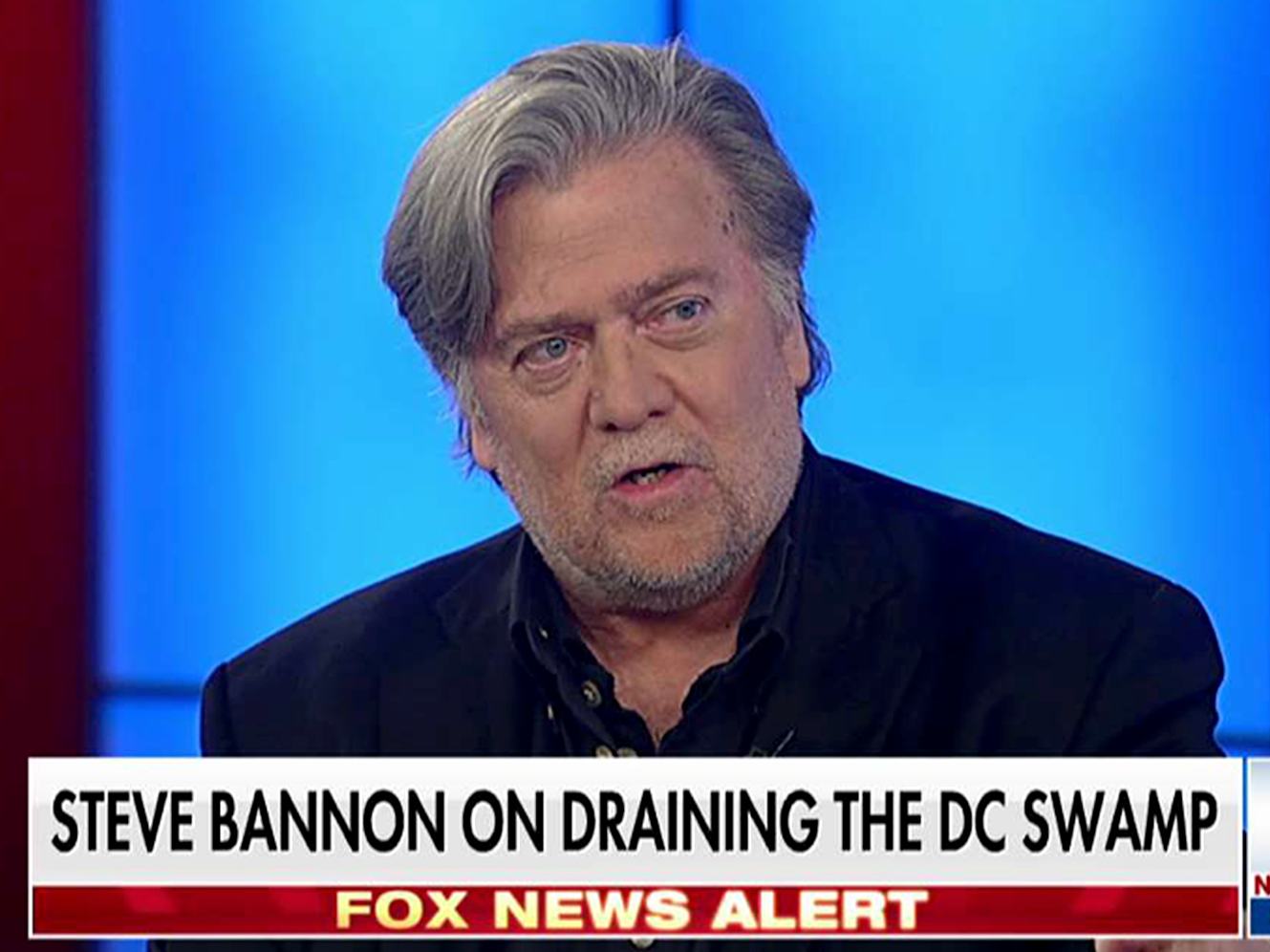 Former Trump Strategist Steve Bannon went on with Sean Hannity to discuss his plans for the next year and the Washington elites better take notice.

Steve Bannon told Sean, “We are going to cut off the oxygen to Mitch McConnell.”

Steve Bannon:  By the way these guys work three days a week.  The American people, now, they’re working two jobs.  Their wives are working two jobs.   They know the urgency out there on the economic hate crimes that have been perpetuated on the American working men and women in this country because of the trade deals…    We are declaring war on the Republican establishment that does not back the agenda that Donald Trump ran on and the President of the United States and that is an agenda that we know backs the men and women of this country.

Sean Hannity:  So this is basically a war because you know what McConnell did in Alabama.

Steve Bannon: Karl Rove, Steve Law, they should get the joke because their donors are coming to us because they’re tired of having their money burned up by trying to destroy people like Judge Moore.  It’s a new game in town.  We’re going to cut off the oxygen to Mitch McConnell… We are going to win.