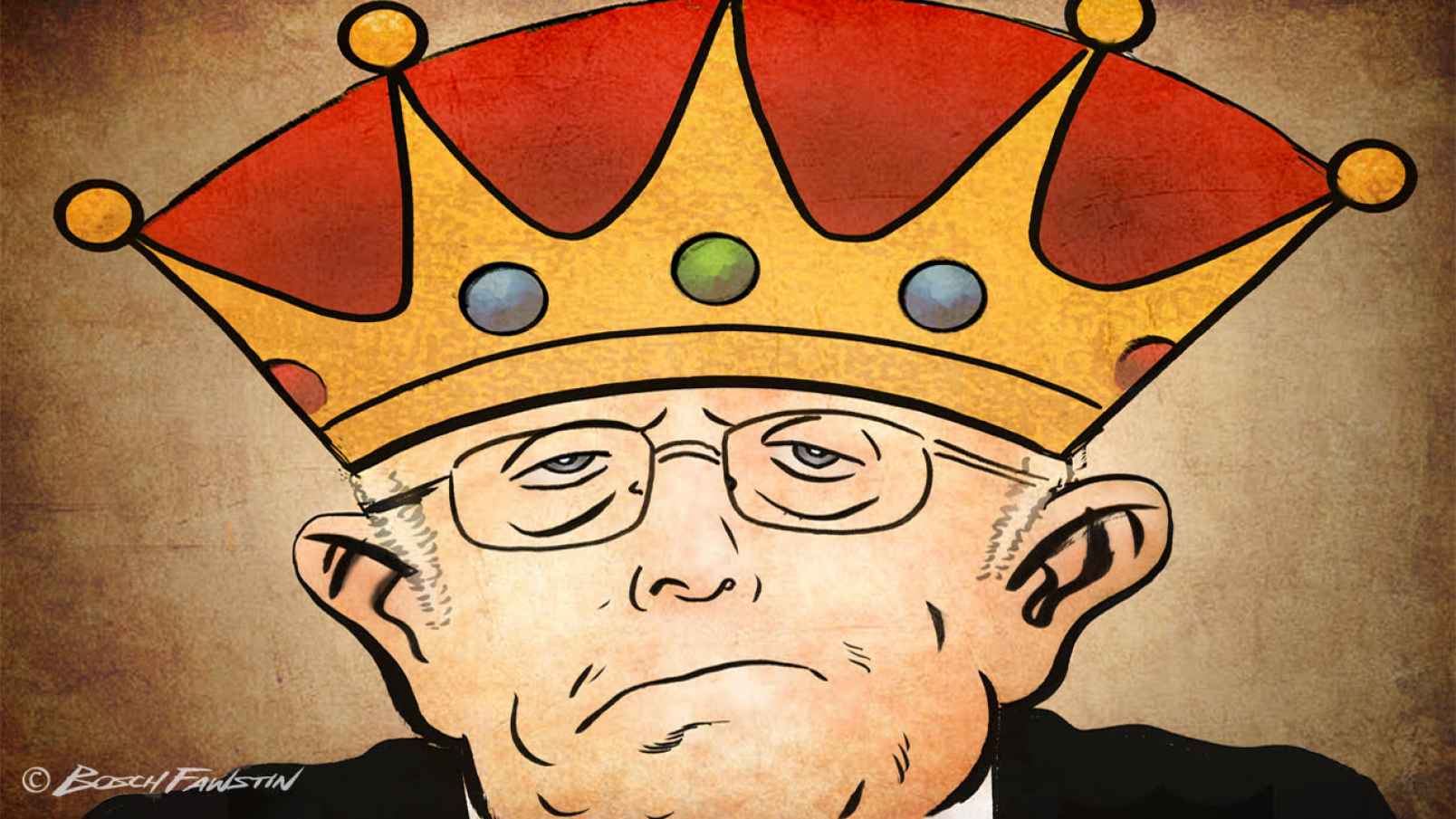 The political dynasty no one in America asked for.

Forget the Clintons and the Bushes, there’s a new political dynasty: the Sanderses.

Bernie may have been born a few months before Pearl Harbor, but the socialist proponent of the estate tax is trying to leave an untaxable inheritance to his next of kin. The inheritance of political power.

It never fails. Give a socialist power, and he becomes a monarchist and founds his own dynasty.

Levi Sanders, Bernie’s son, wants to run for Congress in New Hampshire on his dad’s old inherited platform of free health care and free college. While Bernie claims to be an independent, Levi has been consulting with him about his potential race.

Levi doesn’t actually live in the district, but Hillary Clinton didn’t really live in New York until she decided to run for the Senate. What matters is that like Hillary, the Sanders scion has the right last name.

And Bernie’s stepdaughter is running for his old job as mayor of Burlington.

Carina Driscoll, the daughter of Bernie’s wife, Jane Sanders, will run as an independent. It’s an ironic designation considering that running for your stepdad’s old job is about as independent as Jeb Bush and Chelsea Clinton. Her office is two doors down from her mom’s Sanders Institute operation.

Our Revolution, Bernie’s dark money fake social welfare organization, has endorsed her and sent out a fundraising email for her. People for Bernie also endorsed Carina. Her brother, who runs the Sanders Institute, used his Twitter account to promote her campaign. She’s even reusing her stepdad’s slogan.

Bernie’s stepdaughter declares, “It is time to bring the people back to the table.” As long as they’re part of the Sanders clan.

Carina promises to “foster the best schools” and cites her experience running “the Vermont Woodworking School”. That’s bad news for Burlington schools just as it was for Burlington College.

Burlington College was raided by the Sanders clan. Jane Sanders, Bernie’s wife, is under FBI investigation for allegedly lying about the school’s finances on a bank loan application. The debt broke the college, which had to shut down under the crushing burden of the loan, while Jane walked away with $200K.

Some call it “federal loan fraud”, but, socialists call it wealth redistribution. Bernie and Jane have hired Rep. “Cold Cash” Jefferson’s lawyer while hoping he keeps her from following Cold Cash to a cold cell.

Why did a struggling college need to spend all that money on a woodworking school?

Will the wonders of crony socialism never cease?

Bernie had paid his wife, $80,000 for “consulting and ad placement” in his congressional campaign. What’s her expertise in ad placement? Jane was a community organizer with a degree in social work who married Bernie and honeymooned with him in the USSR.

The degree was from Goddard College, a “holistic” alternative school where students design their own curriculum. Sixteen years later, Sanders was its new provost. What qualified her for the job? The Burlington Free Press stated that she had, “progressive credentials . . . above question.”

Carina’s progressive credentials are also above question. That’s why she got $65,000 from the campaign.

Mother and daughter had teamed up for a series of ad buying firms, including, Sanders & Driscoll, Leadership Strategies, which listed two of Jane’s kids, and handled ads for her husband’s campaign.